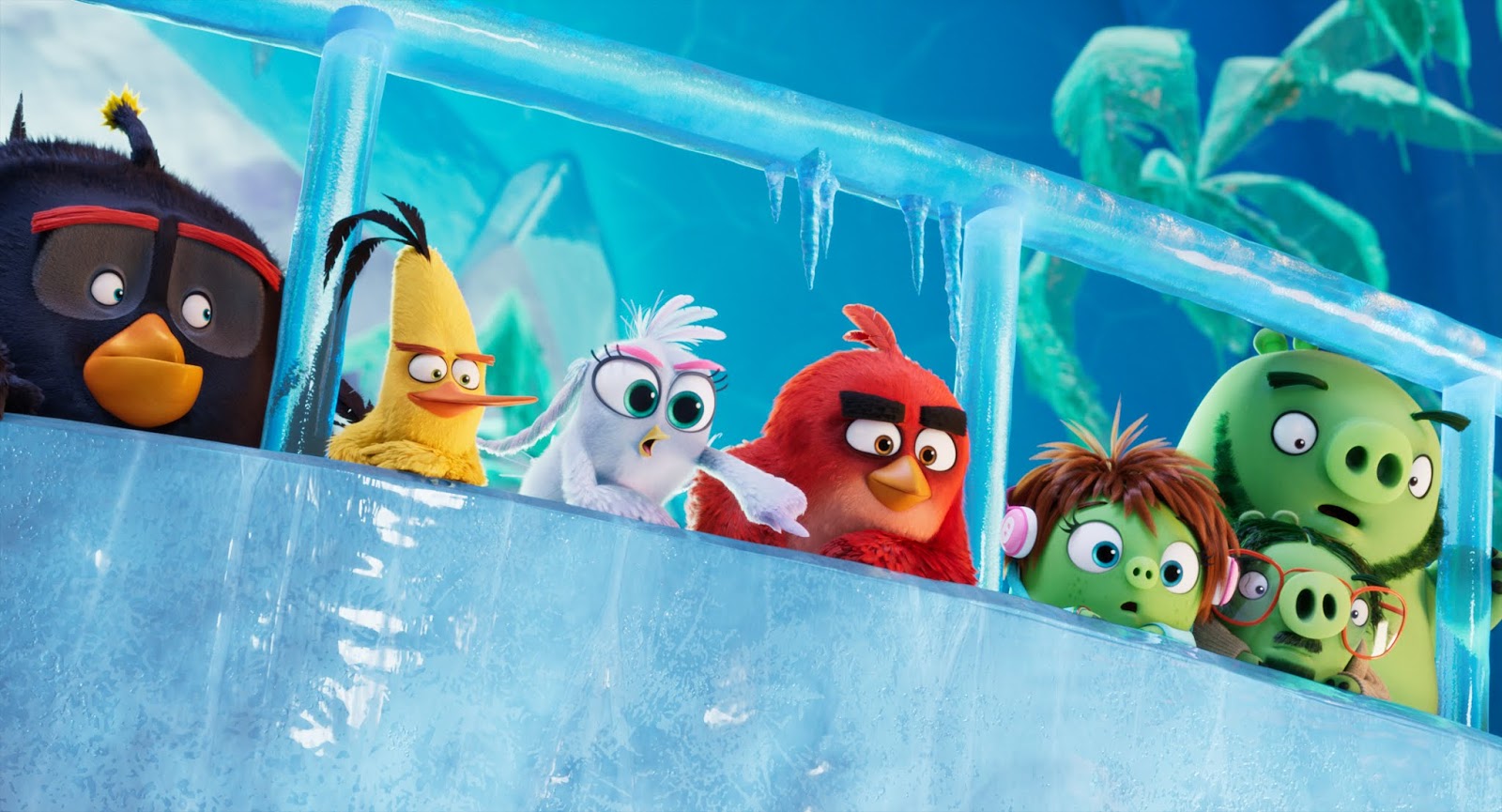 We live in a fascinating time, when an animated kids’
movie based on a formerly popular phone game can generate a film franchise. 2016’s
“The Angry Birds Movie” seemed like a one-off, but then it made more than $350
million internationally, and so here we are with “The Angry Birds Movie 2.” Gather
up your cliched musical cues, your animated pig butts, and your recognizable messages
about the importance of friendship; they’re all here in this sequel. 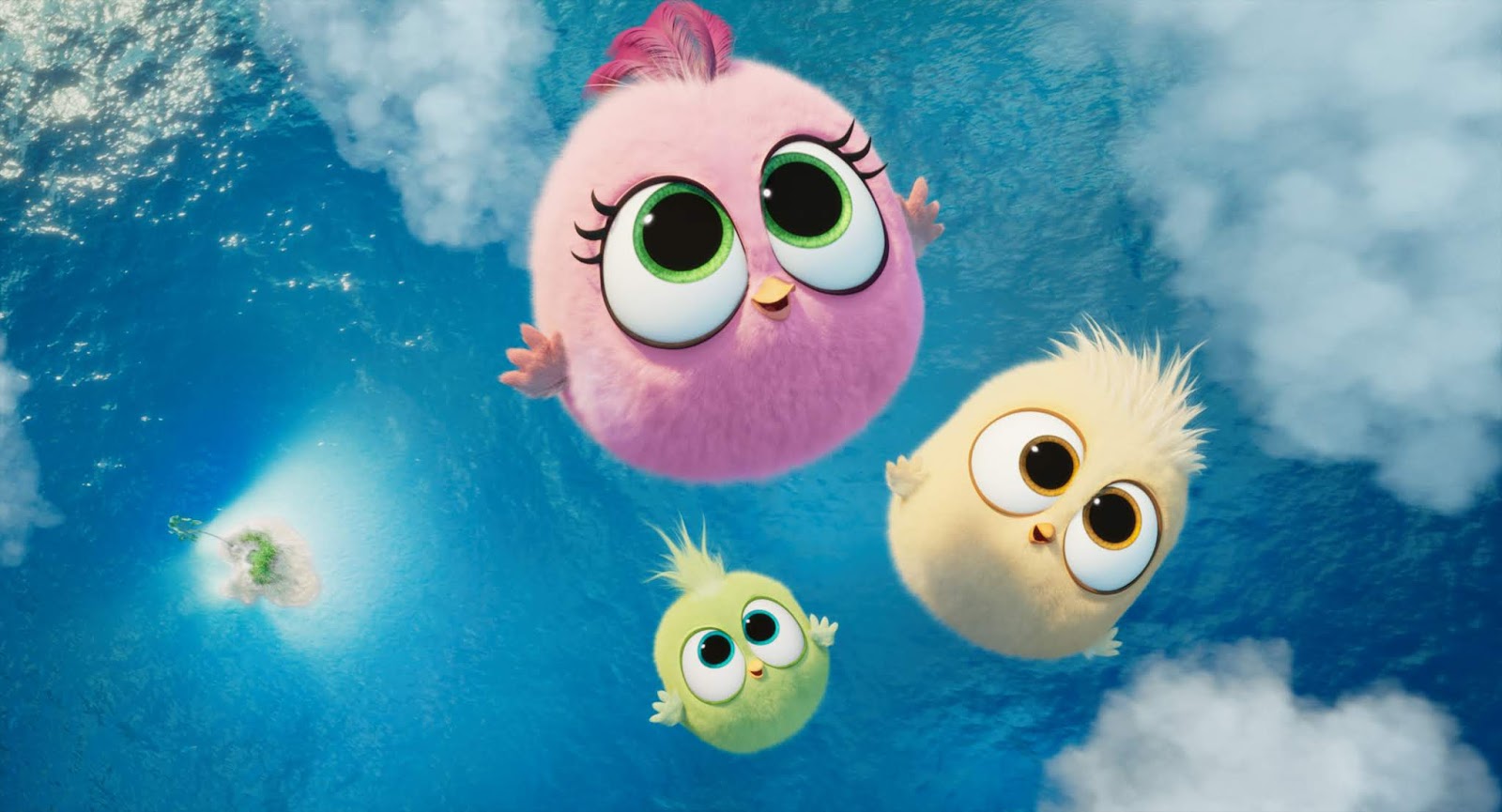 “The Angry Birds Movie 2” picks up where “The Angry Birds
Movie” ended: Piggy Island, led by Leonard (voiced by Bill Hader) and Bird
Island, led by Red (voiced by Jason Sudeikis), are now involved in an
increasingly heated prank war. They don’t hate each other, but they are
frenemies, especially because Piggy Island was partially destroyed in the preceding
film. The birds engineer tricks on the pigs. The pigs use their superior
technology to unleash an onslaught of crabs on a beach where the birds are
sunbathing. Everyone is getting along, sort of, and Red is relishing the role
of being the island’s hero.
Until, Leonard writes a note offering a truce—because both
islands are now being attacked by another entity who keeps firing huge ice
balls at them from across the ocean. The culprit is someone on far-off Eagle
Island, which is horrendously cold and mostly frozen over. Eagles live there,
but they have to chip through chunks of ice to catch fish; there are seals who
steal their meals; and everything is encased in snow. The ice balls they are
lobbing at both Piggy Island and Bird Island is clearly an attack, so what are
Red and Leonard going to do about it?
The answer, obviously, is to assemble a team, which means
the return of characters from the preceding film (including Josh Gad as the
super-speedy Chuck and Danny McBride as the explosive Bomb) and some new faces,
including Leonard’s assistant Courtney (voiced by Awkwafina) and Chuck’s sister
Silver (voiced by Rachel Bloom). Silver is an engineering student with a
passion for physics and planning, and her style clashes with Red, who is more
melodramatic and spontaneous. Whether the two can get along, and how the team
faces off against Zeta (voiced by Leslie Jones), the mysterious villain ruling
over Eagle Island, are the two main concerns of “The Angry Birds Movie 2.” 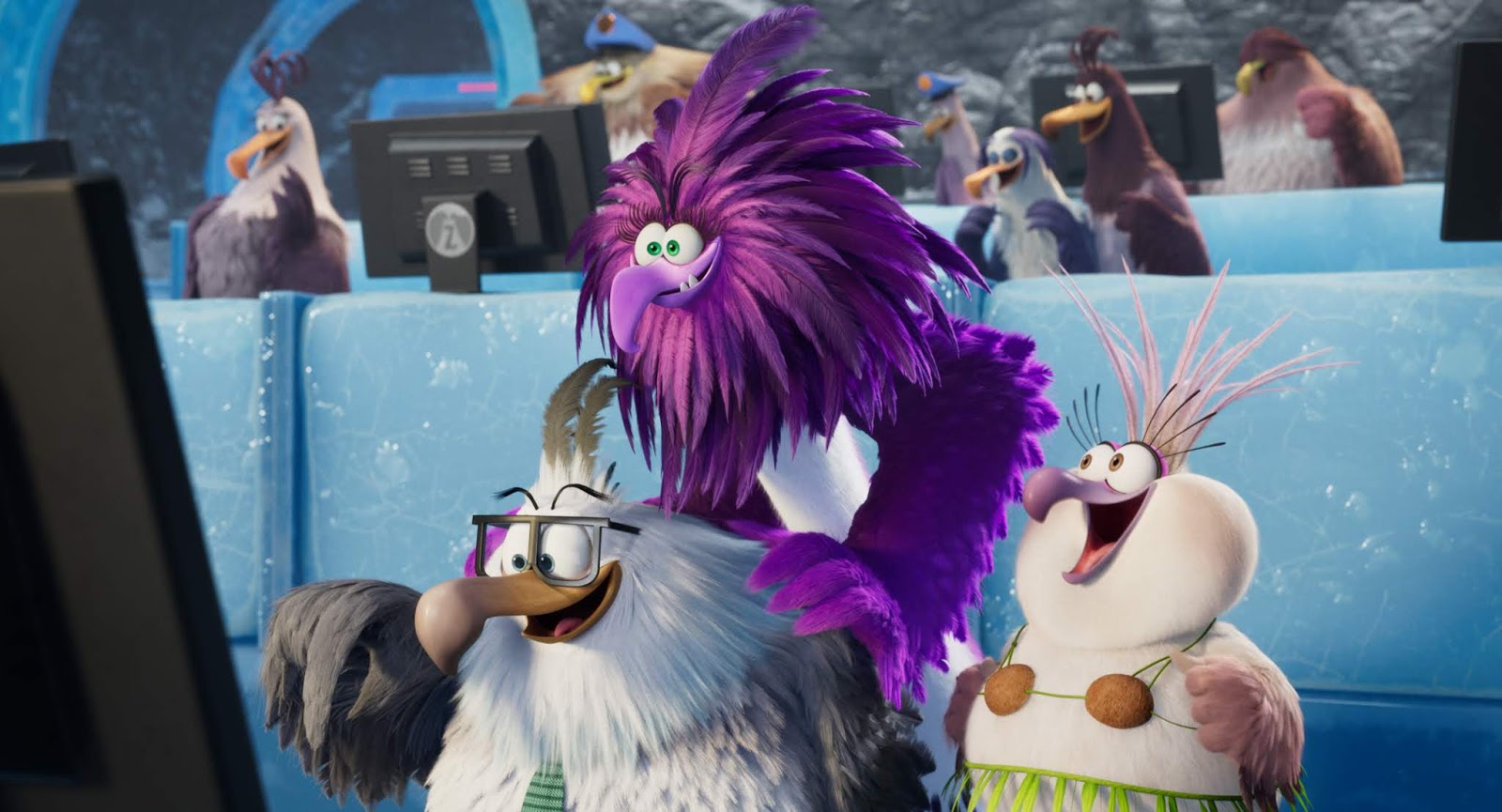 Visually, “The Angry Birds Movie 2” slightly improves
upon the first with clear detail: the texture of the birds’ feathers, in
particular those of the fuzzy little Hatchlings, is impressive, and there’s
great expressiveness to Zeta; her bright purple feathers add a jolt of color to
this world of primary colors and neon greens. But too often, “The Angry Birds
Movie 2” goes for not just the obvious joke, but the crassest or grossest one:
We see numerous piggy butts, there’s a random scene with a focus on diarrhea, a
bird devours pig snot more than once. On the one hand, Silver being a brainiac
is a good thing, but Zeta’s character development feeds into some pretty heteronormative
stereotypes. And the franchise’s continued reliance on labels like “stupid” and
“idiot,” and numerous songs like David Bowie’s “Space Oddity” and Lionel Richie’s
“Hello” as opportunities to turn scenes into dance parties, are a coverup for the
fact that not much here is very funny.
The film’s final message about putting differences aside
is a good one, but it’s not much different from “The Angry Birds Movie,” which
already stressed the importance of accepting individuals who may look different
from you. There are some clever spins on that formula in “The Angry Birds Movie
2,” but not so much that you can’t wait for this one to hit streaming.