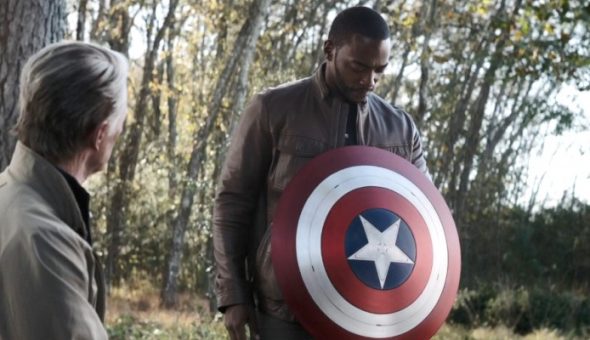 Perhaps we should’ve all taken the hint when Marvel upcoming Disney+ series was titled The Falcon and the Winter Soldier, but according to star Anthony Mackie he won’t be Captain America.  That was what we all assumed given the events of Avengers: Endgame, when Cap handed him the famous shield. Maybe when Falcon says “It feels like it belongs to someone else”, he meant that literally?

Anyway, Mackie spoke with Variety and IGN and revealed that he’s not going to be Cap at all in the series, which opens up all sorts of questions…

“I’m not Captain America. Just because he told me to hold his shield, he didn’t say ‘you’re Captain America now,’” Mackie said. “He’s like, ‘I’m gonna go back and see my girl, call me if something happens. I don’t wanna carry this dumb shield.’”


He also said, “No, I am the Falcon. I will always be the Falcon. The monicker will stay the same.”


Okay, that’s not exactly how it went down. Cap gave him the shield after coming back from the past, and it certainly looked as if the mantle was being passed down.

Showrunner Malcolm Spellman also cautioned fans not to get ahead of the story, and just wait to see how Falcon’s story plays out…

“I wouldn’t make any assumptions based on ‘Endgame,’” said Spellman. “You know how Marvel is, we can’t say much about that, but it’s not predictable. Where you think ‘Endgame’ obviously aims, that target’s gonna move around.” 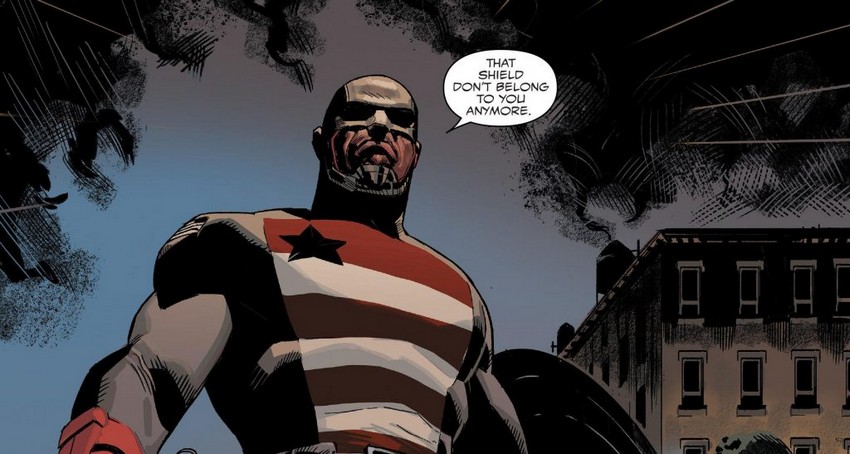 However, there’s a new wrinkle that’s been thrown into the mix. Over the weekend, Wyatt Russell, yep, Kurt Russell’s kid, was cast as John Walker aka U.S. Agent. One of my favorite Marvel heroes, U.S. Agent became Captain America after Steve Rogers became disillusioned with the government. But John Walker is no Steve Rogers. He was basically the right-wing extremist version of Captain America, and pushed violence way over the edge on more than one occasion. He carried a damn gun. It wasn’t long before Rogers reclaimed the shield, and U.S. Agent continued on as a member of the West Coast Avengers and other teams.

Okay, so with the addition of Russell as U.S. Agent we’re getting an idea of where the show is headed. Sam Wilson aka Falcon will have to prove, not only to others but to himself, that he’s worthy of being Captain America. I’ve been saying for a while that we may see multiple characters who could lay a claim to the job, and this confirms my suspicions. I’m still holding out hope for appearances by Isaiah Bradley aka the actual first Captain America, or his grandson Elijah Bradley aka Patriot.

The Falcon and the Winter Soldier hits Disney+ in fall 2020.  Check out a poster for the series, showcasing Bucky’s new, more manageable haircut. Now that’s Captain America hair if I ever saw it.

? | The first poster of Disney+ new series “Falcon and The Winter Soldier”! pic.twitter.com/Ef1A988wa0