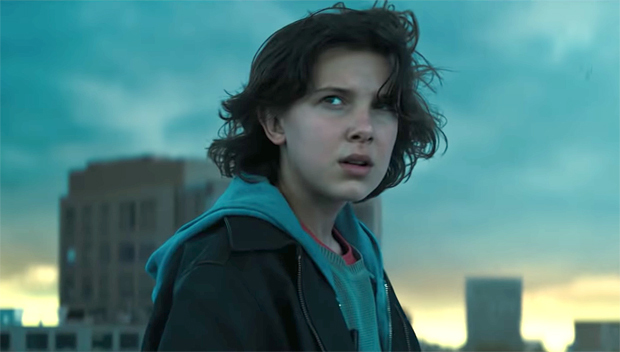 With over 40 million Netflix users taking in Stranger Things’ third season, and her recent role in Godzilla: King of the Monsters, Millie Bobby Brown has is more than just another rising star. She’s one of the most sought-after actresses around, and in recent weeks rumors have been that Marvel Studios is trying to get her for The Eternals, a claim sorta shot down by Kevin Feige. However, with Comic-Con literally days away the story has been given new life by a casting update from Variety.

In a piece about Marvel’s plans for San Diego Comic-Con, Brown is casually listed as part of The Eternals’ cast, alongside Angelina Jolie, Salma Hayek, Kumail Nanjiani, Ma Dong-seok, and Richard Madden. It’s expected the full cast, which may or may not include Keanu Reeves, will be revealed as part of Marvel’s Hall H presentation.

A tight lid has been kept on the film up to this point, with none of the roles confirmed. It’s expected that Jolie, assuming she signs on, would play Sersi with Madden as Ikaris. The film is inspired by Jack Kirby’s comic book series centered on an immortal group of beings known as Eternals, defenders of humanity, and their destructive cousins the Deviants.

If Brown is trotted out onto the Hall H stage as part of The Eternals, I’m picturing a moment in which she’s reunited with Stranger Things co-star David Harbour who is reported to have a role in Black Widow. Now that would be cool.