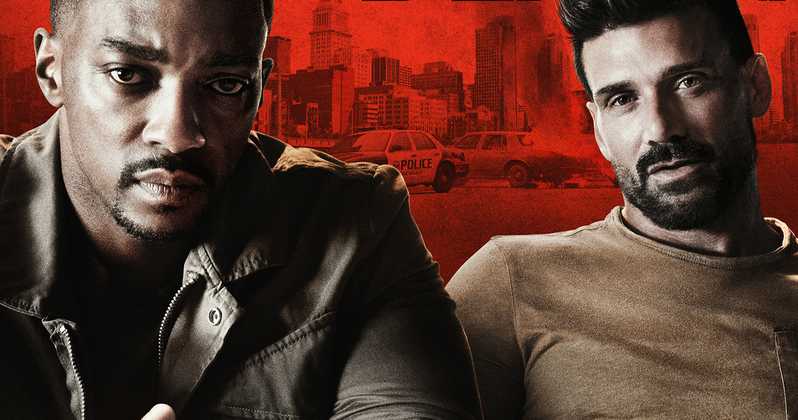 It’s happening, it’s really happening. People have been saying for years that the mid-level movie was dying in the movie theater and finding a new home on streaming. Netflix’s original content binge has become the key piece in fulfilling that prophecy. 10 years ago this movie would have been a January/February theatrical release, pretty much any 10-30 million dollar film, action, drama, comedy, whatever, would have been . Now we’re seeing all of these hit streaming leaving the theaters for the high dollar flicks. Is it a good thing? Time will tell…I won’t pretend to have mastered the finer points of cinema finance but I’ll tell you this, it makes watching them on release a hell of alot easier.

Point Blank stars Anthony Mackie who’s pregenant wife is kidnapped. The kidnappers use her as leverage to force Mackie to break Frank Grillo’s character out of police custody in the hospital. The rub? The bad guys are all dirty cops. I’ll tell you one thing, I’m damn glad Frank Grillo keeps getting these little chances to show how bad he is. He seems about as rugged as a cliff face and as dangerous as a drunk toddler with a machine gun in this trailer. Honestly, it feels alot like something that we haven’t seen in a while…a really good and simple buddy action movie. Anthony Mackie? How can you not like the guy? He’s probably in the number one spot for the funny but tough sidekick type, sorry Kevin Hart, you got the funny part but Mackie seems like he could actually kick some ass.