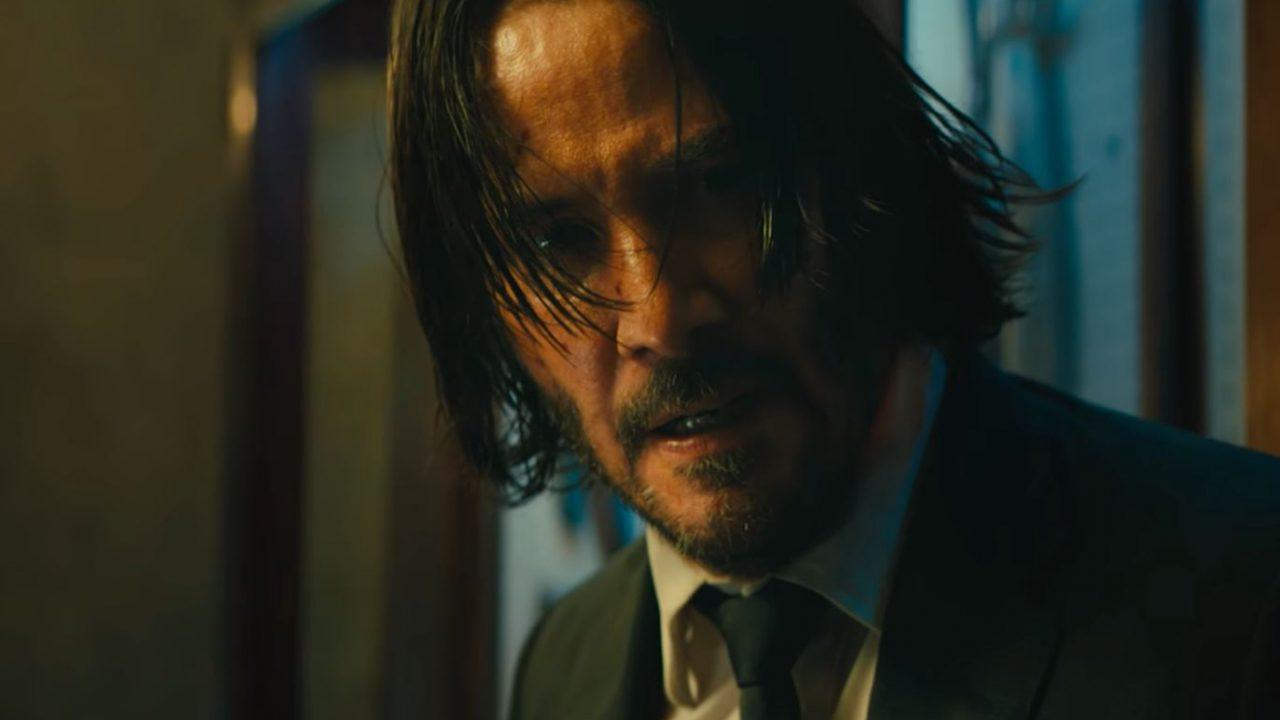 Through two incredible films, the John Wick franchise has introduced a poetic, graceful form of  gun-fu, the likes of which we’ve never. That director Chad Stahelski sought to up the ante with John Wick: Chapter 3-Parabellum is commendable; he’s basically trying to accomplish what Gareth Evans successfully pulled off with The Raid 2 which is expand the universe, introduce a ton of characters and wild locales, without losing the action that people pay to see. Well, the body count is definitely higher and Keanu Reeves is still the deadliest muthafucka with a gun to grace the big screen, but the film’s ambitions far exceed its grasp.

Make no mistake, John Wick 3 is still pretty incredible, especially in the opening sequence set in a library…after which you’ll never doubt how deadly a library book can be. While the fight choreography shines in the opening acts, Stahelski ditches the poetic gunplay of prior films for brutish headshots, one after another to the hundreds, until you become desensitized to it. Instead, there’s more of a “holy shit” factor to the hand-to-hand combat, which allows the skillful Reeves (I strongly encourage you to watch his directorial debut Man of Tai Chi) to pull off moves you would only see in classic martial arts films, which are definitely an influence here.

You can cut the tension with a knife as Wick, recently excommunicated after committing a murder on Continental grounds, stumbles through the Manhattan streets with his dog as the clock ticks down to a $14M bounty placed on his head. Every assassin worth a damn will be coming after him, and Wick needs help. The aforementioned fight in the New York Public Library shows that he can be found literally anywhere (apparently assassins lurk on every New York street corner), while the following battle against a Triad gang in a room full of readily-available edged weapons blends brutal gore with ample comic relief. Knives, swords, all sorts of rare blades are clumsily thrown in a comical exchange that ends, as expected, with pools of blood everywhere, a good deal of it belonging to Wick.

Stahelski and screenwriter Derek Kolstad blow up Wick’s world with a plethora of characters key to his backstory, but also convolute the narrative to serpentine proportions. Gone is the secret world of assassins just beneath the surface of a New York we think we know. In its place is a ridiculously public club of killers, at the top of which sit the High Table. The apparent kings of this castle, they are the ones who oversee this once-secret world of mercenaries, and have set out to kill John Wick once and for all. But they don’t seem to be particularly good at their job, despite the explicit threats from their chosen Adjudicator (Asia Kate Dillon), who targets everyone who helped Wick survive this long. That includes Anjelica Huston as the Director, who runs a Russian ballet/assassin training ground that looks like it could’ve been home to a young Black Widow. Huston and Reeves have a good but protracted scene together, a breather before the movie’s centerpiece sequence.

Much has been made of Halle Berry’s addition to the cast, with videos showing her months of training to prepare for the physically demanding role of Sofia. An assassin with two loyal, deadly canines at her side, Sofia both hates Wick and owes him a debt. And if you know anything about the John Wick franchise, it’s that dogs always get in harm’s way, and when that happens their owner is going to go on a killing spree. Berry and Reeves are great together, but Berry is actually better with her four-legged companions who use teeth and claws to rend Sofia’s attackers to shreds. Berry has done this sort of thing before, many times, including her acclaimed performance as Jinx in Die Another Day, and like that character Sofia seems primed for a possible spinoff. Hopefully this one actually happens. The only gripe is that Berry doesn’t stick around nearly long enough, and the Casablanca stuff that surrounds her appearance is a bore. A movie of her and Reeves together for the duration would be killer, though. Another highlight is Mark Dacascos (of Iron Chef and Brotherhood of the Wolf fame) as Zero, a Gordon Liu-esque killer who hilariously gushes about his respect for John Wick while also trying to slice him to ribbons.

Wick’s quest for revenge takes him to sewers of New York to, rather inexplicably, to the deserts of the Sahara to meet, what else, an all-powerful Arab dude sitting on a throne. John Wick 3 takes some absurd turns that remove us from the clandestine world of assassins and into something unrecognizable. Going big wasn’t the wrong idea, but losing control of the landscape you created is. By adding too much,  something vital was lost in exchange. Reeves remains the epitome of cool, merciless efficiency, and will be as long as John Wick has enemies left to kill. But the previous films were so effortlessly magnificent and bold beyond their simple framing that John Wick 3‘s obvious attempts to be epic are exactly what keep it from being so.