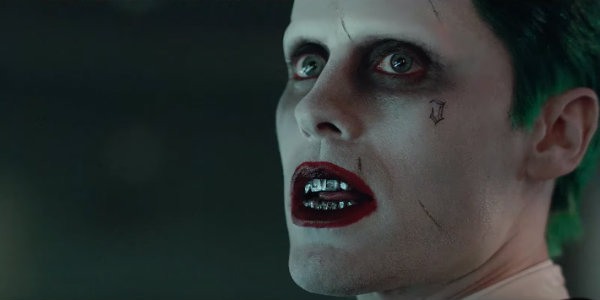 Suicide Squad has something of a mixed reputation. I think we can all agree the story sorta falls apart on itself in the end, but it did extremely well at the box office, and as I’m fond of mentioning it won a friggin’ Oscar. Despite centering on a team of villains it wasn’t too far removed from other superhero movies, with the exception of Jared Leto’s divisive take on the Joker who looked like he escaped from an Insane Clown Posse concert.

There hasn’t been much demand for him to reprise the role in James Gunn’s The Suicide Squad, and since he’s busy starring in Sony/Marvel’s Morbius the Living Vampire it’s unlikely to happen. That said, Leto would be open to it happening someday if the situation was perfect.  He tells Variety…

“I would definitely play the Joker again. It all depends on the script and the circumstances as it always does.”


There had been some talk of Leto’s Joker and Margot Robbie’s Harley Quinn starring in a movie together, but with her taking the lead in Birds of Prey that project was dropped. Asked if he’ll make an appearance in Birds of Prey, instead, Leto replied “I don’t think so. You’d have to ask them…Well, we’ll see.”

For some reason, Leto was also asked to talk about Joaquin Phoenix’s take on the Joker, admitting that he hasn’t watched the trailer. Further, the interviewer wanted his opinion on why WB/DC hasn’t matched Disney’s Marvel movies, replying “Oh I think it has. Just ask Jason Momoa.”

He’s referring to the $1B success of Aquaman, which is probably the best and most sensible answer to give.  That he’s being asked the question at all, while he’s shooting a Marvel film for Sony, is what I find dumb.