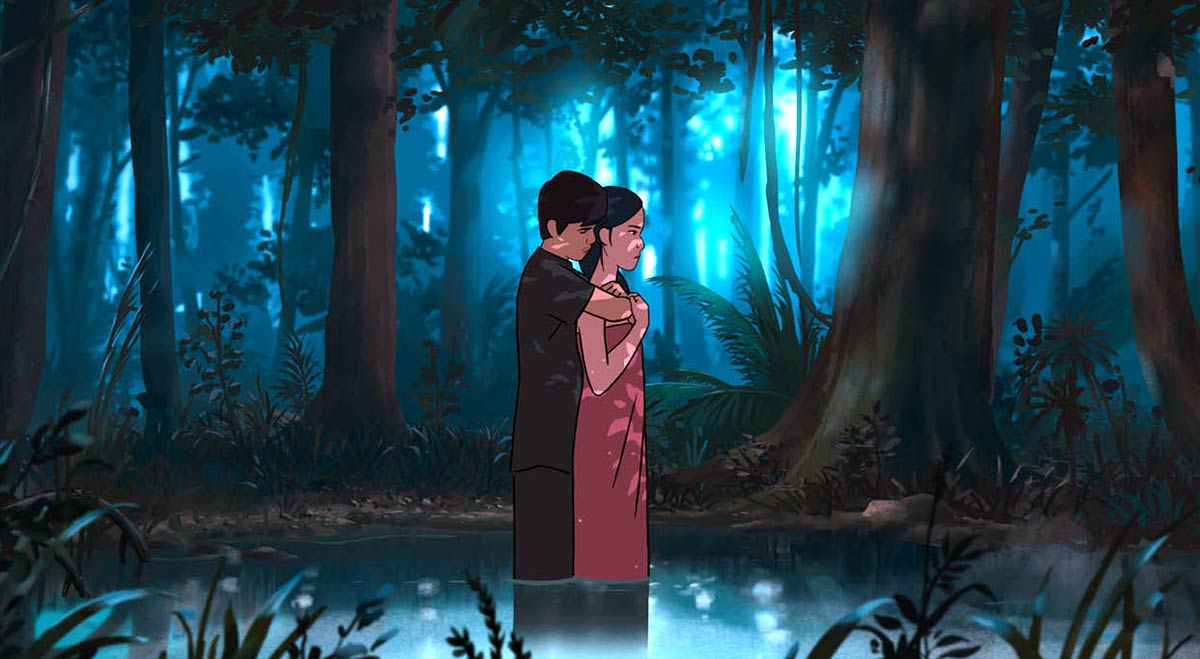 The perception of animation is a medium solely for kids died years ago, thanks to sobering dramatic works such as Grave of the Fireflies, which explored the impact of WWII on a devastated Japan. Following in that acclaimed film’s footsteps is Funan, writer/director Denis Do’s story of his life following the emergence of the Khmer Rouge in the 1970s.

Based on the memories of Do’s mother and his own extensive research, Funan centers on a Cambodian family who find their lives thrown into upheaval during the Khmer Rouge regime. When a husband and wife (voiced by Louis Garrel and Berenice Bejo) are unexpectedly separated from their 4-year-old son, they must do whatever it takes to survive and be reunited with him. Do employs stunningly-detailed animated to tell this deeply personal story and looks to have created one of the year’s most unique movie going experiences.  The horrors of the Khmer Rouge were recently given some daylight in Angelina Jolie’s film First They Killed My Father.

Here’s the synopsis: Cambodia, April 1975. Chou is a young woman whose everyday world is suddenly upended by the arrival of the Khmer Rouge regime. During the chaos of the forced exile from their home, Chou and her husband are separated from their 4-year-old son, who has been sent to an unknown location. As she navigates her new reality, working in the fields day and night under the careful watch of soldiers, and surviving the small indignities and harrowing realities of the increasingly grim work camps, Chou remains steadfast in her determination to reunite her family – even if it means risking everything.