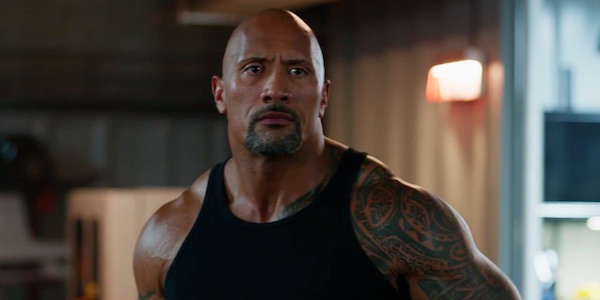 There are probably dozens of stories proclaiming “Dwayne Johnson Eyed For Marvel Film” (Well, here’s one already) based on his latest Instagram comments, but let’s dial it back a little. We ain’t there yet. Johnson is arguably the biggest star on the planet, both literally and financially, and pretty much whatever project he wants he gets. Right now that means a new Jumanji film and his forever-developing Black Adam movie for Warner Bros., but Johnson still has his eyes set on working with the folks at Marvel Studios.

Johnson took time out to congratulate Marvel on Avengers: Endgame‘s record-breaking box office, or as he put it, “shattering that shit all around the world.”  But it’s the way he closed things out that has people talking, as Johnson says he and Marvel’s Kevin Feige have been trying to set something up for months and that he looks forward to their schedules “linking up.”
This doesn’t really mean shit except in the context of what I said earlier. If Johnson wants to make a movie with Marvel, it WILL happen. It’s just a matter of timing and finding the right character for him to play. Just when and where that will be is the gazillion dollar question I’m sure Marvel is trying to figure out right now.

View this post on Instagram
So cool to witness this historic global event and win for our business and the fans. Congrats Marvel & Disney! Can’t believe you killed Thanos! KIDDING. Congrats again! DRJ
A post shared by therock (@therock) on Apr 28, 2019 at 4:01pm PDT