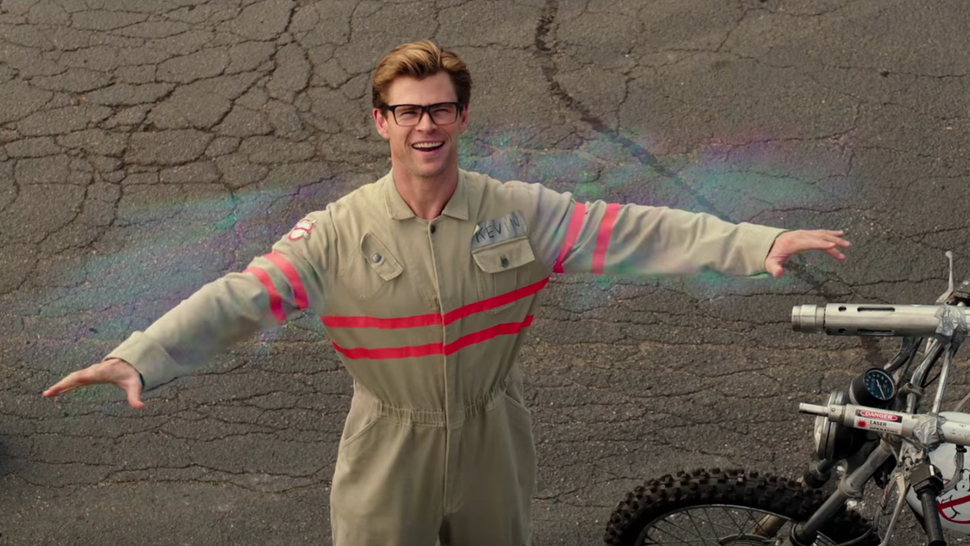 Franchises have always been readily available to Chris Hemsworth, as studios just seem to keep throwing them his way. His breakout movie role was also his first franchise, playing George Kirk in 2009’s Star Trek. Since then he’s obviously found success as Thor and in the Avengers movies, and soon he’ll be seen in Men In Black International. But there was one franchise that didn’t turn out so well, and another that it sounds like he won’t be returning to.

Speaking with Variety, Hemsworth talked about the 2016 Ghostbusters reboot he was a part of, and many consider to be the best thing about. It gave him a chance to show his funny side, which he then put on greater display a year later in Thor: Ragnarok. But the response to Ghostbusters from toxic trolls on the Internet is something that Hemsworth really struggled with and nearly walked away from…

“The night before I was shooting, I almost pulled out,” Hemsworth said. “Three or four weeks prior, Paul [Feig] said to me, ‘I’m going to write up the character. Don’t worry.’ And then I got the script and nothing had changed.”


“That whole period I was like, ‘What ownership do you guys have over those characters?’” Hemsworth continued. “Oh, you watched the film, therefore you should have a say over where it goes? I thought it was very unfortunate and kind of disappointing.”


As we know, there’s a Ghostbusters 3 in the works from Jason Reitman and based on comments by Dan Akroyd the chances of Hemsworth or anybody from the 2016 film returning are slim.

One film there was hope Hemsworth would return to was Star Trek 4, with rumors that he would reprise the role that launched his career. A director in SJ Clarkson was named, a release date for later this year was set, but the film was ultimately put on hold over reported contract disputes with Hemsworth and Chris Pine. But Hemsworth says it was more than that, and his biggest beef was with the script…

“I didn’t feel like we landed on a reason to revisit that yet,” he said. “I didn’t want to be underwhelmed by what I was going to bring to the table.”


At this point who knows if Star Trek 4 will ever happen, or if we’ll perhaps see Quentin Tarantino’s R-rated Star Trek film instead. Perhaps Hemsworth would be down for that?

Hemsworth can be seen now in this tiny indie film Avengers: Endgame, and in Men in Black International on June 14th.