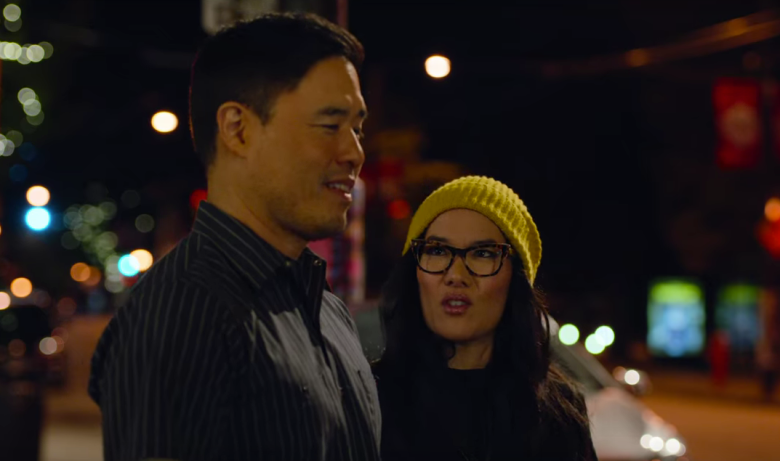 My experience with comedian Ali Wong is fairly limited, but apparently she’s one of the funniest people in the world? I don’t know, and frankly, I don’t care. All I know is that the trailer for Netflix’s latest rom-com Always Be My Maybe, which stars Wong and Randall Park as the romantic leads, looks absolutely brilliant. I mean, it’s got John Wick as one of Wong’s many suitors, and who doesn’t want to see that?

In the first trailer Always Be My Maybe, a clever play on Mariah Carey’s hit song “Always Be My Baby”, we see Wong as Sasha and Park as her longtime friend Marcus, who everybody thought would eventually be a couple. The only people who didn’t? Sasha and Marcus. But now after they meet-cute again as adults, things could heat up between them. Unfortunately for Marcus, she has a bunch of guys in her life including Daniel Dae Kim as her awful fiancé,  and Keanu Reeves, looking kinda hipster suave and not like a guy nicknamed “Baba Yaga.”

Don’t think for a second the timing of this trailer is mere coincidence. Netflix is leaning hard on Reeves’ John Wick audience to lure in viewers, and I’m all good with that. It’s easy to forget that Reeves has Asian heritage of his own, making him a sneaky-cool choice to be part of this cast. I love it.

Directed by Nahnatchka Khan, Always Be My Maybe hits Netflix and select theaters on May 31st.