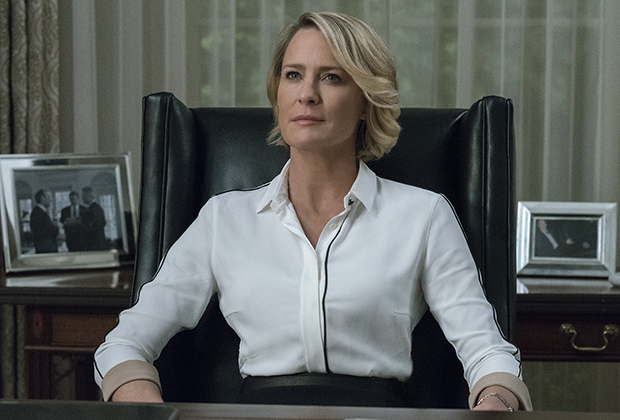 In what is a long overdue move in her career, Robin Wright is set to make her feature directorial debut. Wright will take the helm for wilderness drama Land, which she also plans to star in.

Wright’s film has a script by Jesse Chatham and The Post screenwriter Liz Hannah, centering on Edee Mathis “a cosmopolitan lawyer who takes herself off the grid almost entirely. With advice from online survivalists, she moves to the most unpopulated area in the U.S., living in a cabin in the Shoshone National Forest in Wyoming. All alone, she must learn to hunt, fish and grow her food as she faces brutal winters, a challenging landscape and local wildlife that could kill her at any moment. In crossing paths with Joseph, a First Nations local, Edee begins to confront her demons and surprises herself with her own will to survive.”

While she’s been one of Hollywood’s most respected actresses for years, Wright got to show her mettle behind the camera directing and starring in the final season of Netflix’s House of Cards. This seems like a logical next step for her to take and I’m surprised it didn’t happen sooner. Production on Land begins this summer. [Deadline]