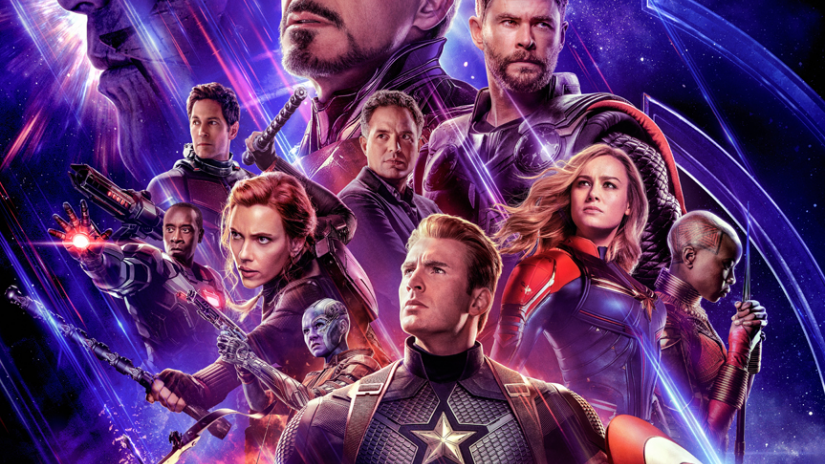 I know that should go without saying, but it really must be reiterated here. Infinity War was a double-barrelled, high-powered epic that built up to the ultimate battle against an unbeatable foe…who did indeed prove unbeatable. The Avengers lost. They lost bad.  And Endgame, which has moments of undeniable greatness and some of the most comic book moments in the history of comic book movies, is largely about our favorite heroes coming to grips with their failure. The first half, shy of a startling few moments, is about finding ways to channel the grief and anger…to see if it’s even possible to move on with so many loved ones perished.

Endgame is a more sobering film, as directors Joe and Anthony Russo make sure you feel the impact of what Thanos has done. Some characters cope with it better than others; others come close to turning into the things they despise. Some have undergone drastic changes for the better, others for the worse. To give away too much would be criminal, but what you really need to know about the plot is that the Avengers get over themselves and start living up to their name. To do it is going to require a lot of luck, some scientific wizardry, and the kind of loyalty that has been built up over the course of 10 years.

And that’s what Endgame is, really; a celebration of a decade’s worth of intricate stories, as long dormant plotlines re-emerge and characters are forced to face the consequences of things that have happened in the past. The original 6 Avengers get more time together than we’ve seen in ages and it serves a dual purpose; to remind us how well these characters and actors interact, but also how far all of them have come. When Captain America gives one of his many encouraging speeches (and they are SO needed here!) it’s enough to make you want to take on Thanos. Well, maybe not that. But they are inspiring.

What’s missing early on is enough narrative drive to last until the inevitable showdown. There is a LOT of setup here, and while much of it has moments both heartbreaking and comical, it feels like we’re stuck in neutral for a very long time before the plot kicks into gear. Anybody who isn’t already a Marvel die-hard will be utterly confused by this stuff, too. I don’t know why anybody who skipped Infinity War would be at Endgame but if they are…well, good luck.

But hot damn, when Endgame gets going it’s like everything a Marvel fan could ever want. There’s only one way this could end and that is with a gigantic war ten years in the making. Characters we always wanted to see together, fights we always clamored for, and even some of the jokes we’ve been thinking to ourselves, it’s all here.  While the original Avengers take center stage there’s plenty of room for the supporting players, as Rocket and Nebula really get their moments to shine. As for Thanos, he’s going to go right up there as one of the most badass movie villains of all-time. We get to see a different side to him here, many sides actually, and I maintain he’s the most well-rounded character seen in both chapters. No matter how silly Endgame gets, and it does get very silly very  often in a cheesy sci-fi kind of way, the Russos and their screenwriters never lose sight of the stakes. The weight of what’s at stake is almost oppressive at times. Every decision is so crucial, everything must be exactly right. We can’t ignore it or forget about it, and that makes the moments when we stand up and cheer all the more fulfilling.

You will also shed tears. I think it’s safe to say that over the years of watching these characters we feel closer to them than we probably should, and if that’s true for you then Endgame will hit especially hard. Marvel has built up an incredible amount of emotional currency and Endgame is a very satisfying payoff that will be tough to replicate for at least another decade.