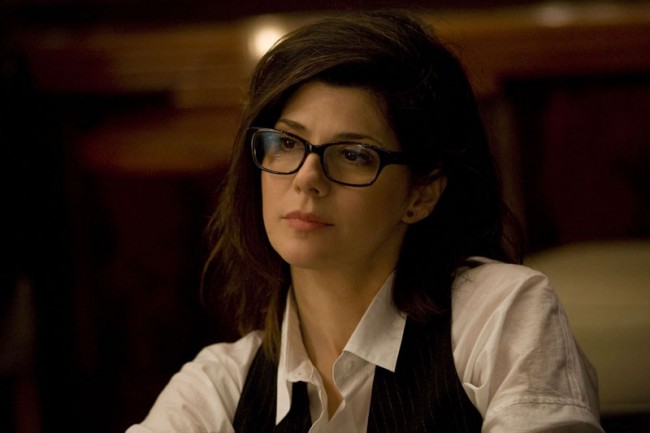 There are few things that interest me less than a semi-autobiographical comedy starring Pete Davidson, but one way to change my mind is adding Oscar winner Marisa Tomei. THR reports the Spider-Man: Homecoming actress will star in Davidson’s untitled film directed and co-written by Judd Apatow.

Tomei will play Davidson’s mother in what is being called a semi-autobiographical story of Davidson’s life growing up on Staten Island, New York.” Davidson’s father died on 9/11, which had a major influence on his worldview and was then used to fuel his stand up comedy routines at the age of 16. At the age of 20 he became one of the youngest to ever join the cast of Saturday Night Live. The film’s script was co-written by Davidson, Apatow, and Dave Sirius. Others cast in the film include Bel Powley and comedian Bill Bur.

Filming on Davidson and Apatow’s untitled film is underway. Next up for Tomei is a return as Aunt May in Spider-Man: Far From Home.