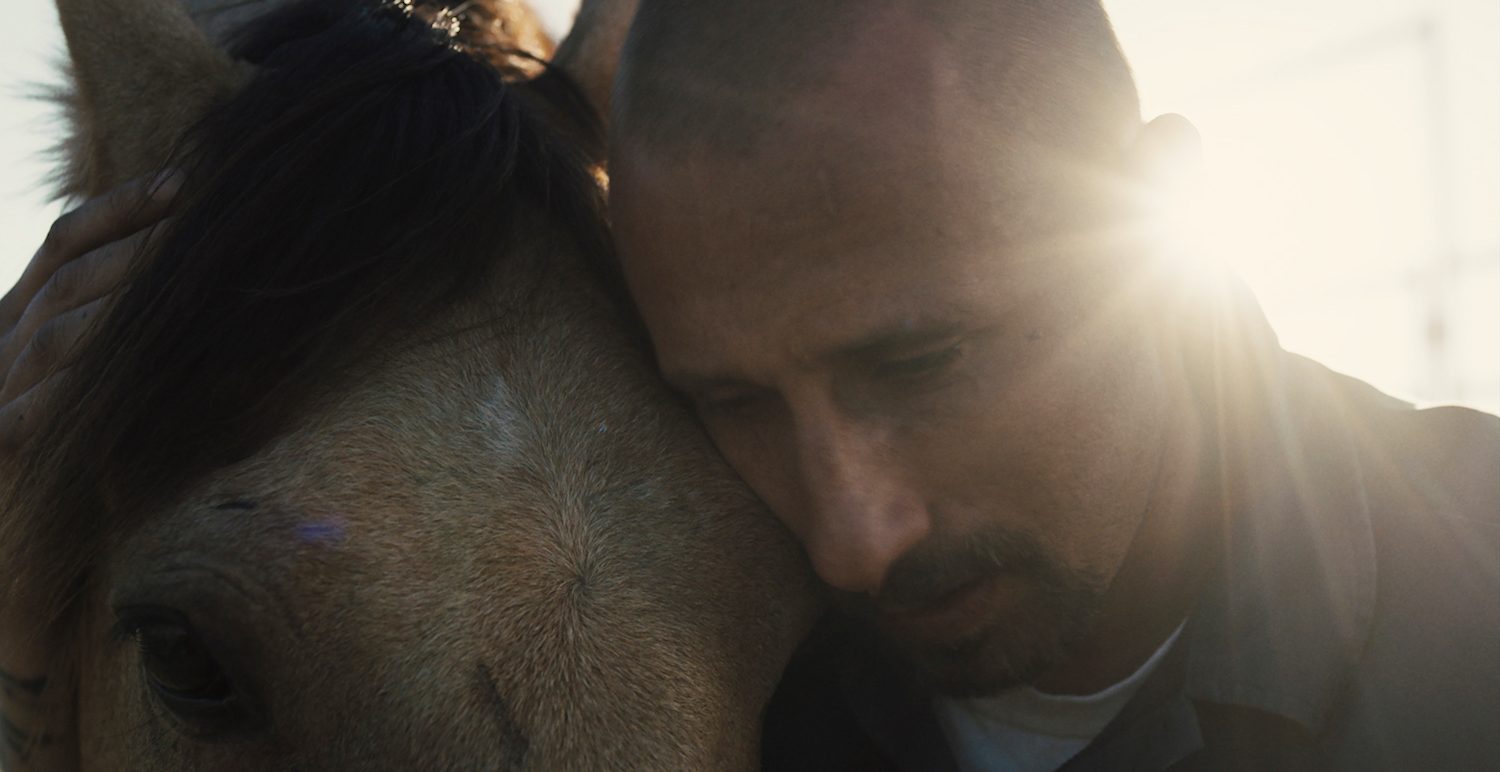 That two movies within a calendar year would focus on wild horse training as an exploration of masculinity, redemption, and rehabilitation is somewhat incredible. Following Chloe Zhao’s tremendous and award-winning The Rider, we now have Laure de Clermont-Tonnerre‘s feature debut The Mustang, which features another smoldering performance by Matthias Schoenaerts. But the enigmatic actor can’t fully move the film out of Zhao’s shadow, and its story of a convict’s new lease on life is too sparse to set itself apart.

Schoenaerts stars as Roman Coleman, an inmate at a Nevada Correctional Facility, and he’s not very good with people. Actually, that’s exactly what he tells the prison therapist (Connie Britton, woefully misused) as she tries to guide him back into general population after a stint in isolation. Clearly, he’s a guy with some issues which is why he’s in prison in the first place. Assigned to an outdoor cleanup detail, he’s taken by the ferocity of a stallion raging inside of an isolated enclosure, part of the prison’s Wild Horse Inmate Program. We’re told the real-life program was a means of helping to curb the overpopulation of wild horses, providing some so that inmates could train/break the horses and thus, in a sense, break themselves. Sensing a connection between these two feral creatures, the program’s curmudgeonly overseer (Bruce Dern, terrific) assigns Roman to care for the horse, and have him trained in time for an auction a few weeks away.

The rage that boils inside Roman won’t be extinguished so easily. He’s got long-simmering problems with his daughter (Blockers star Gideon Adlon), a bullying cellmate, and now a horse to care for who is jus as obstinate as he is. Their first session goes about as badly as possible. It’s bad when the trainer ends up punching the horse, right? Not like a gentle smack on the rear while on the saddle, but delivering blows like Mike Tyson in his prime. Seems Roman can’t really get along with animals, either. Until he can, of course, and slowly over the course a few weeks he makes friends (one played by Jason Mitchell, great in a limited role) and begins to bond with the equine, although deep challenges remain that question whether wild horses can truly be tamed.

There’s power simmering just underneath the surface that The Mustang never fully taps into. In a way it mirrors the barely-contained energy of its star, who has played similarly-charged figures in Bullhead, Rust & Bone, and more.  Filmed at an abandoned Nevada correctional facility, the rugged terrain captured by Clermont-Tonnerre evokes a frontier spirit denied by the men trapped behind prison walls. But the beautiful cinematography and Shoenaert’s performance are let down by a script from Mona Fastvold and Brock Norman Brock that leaves too much about Roman up in the air. We know little about the man he used to be which clouds some of the irrational choices he makes later, especially towards his daughter. Even his connection to the horse feels forced. Breaking a wild animal isn’t an easy task, but for someone unskilled to do it while showing no real talent for it is downright laughable. Schoenaerts and the cast throw themselves into making these characters as authentic as possible, providing detail that was likely missing from the screenplay.

As the credits roll and we see images of real-life inmates who had their lives changed by this program, which still exists today, it makes you realize how much potential The Mustang let gallop away.