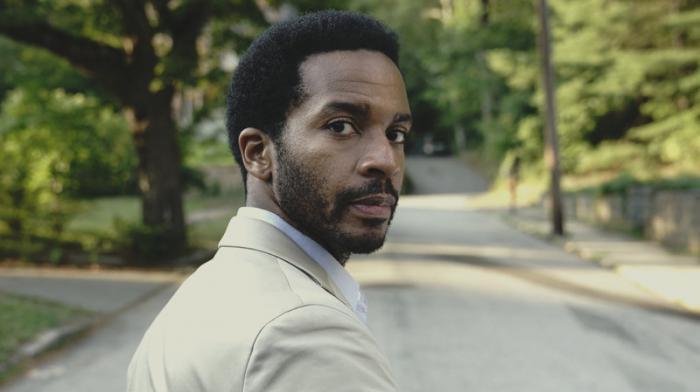 Marvel’s Black Widow has a director in Cate Shortland (Berlin Syndrome), a new screenwriter in Ned Benson (Eleanor Rigby), and of course a star in Scarlett Johansson, but what it doesn’t have is a supporting cast. That said, the rumors surrounding that are starting to swirl pretty fast, and following reports of Emma Watson, Florence Pugh, and others up for a lead female role, now comes word about others who may be joining them.

Unfortunately, this latest set of rumors comes from the same source, That Hashtag Show, so you know to be skeptical until there’s confirmation. Said to have auditioned for a male villain role is Andre Holland, the Moonlight star who most recently led Steven Soderbergh’s NBA drama High Flying Bird. Holland’s said to have impressed Marvel brass in their search for a “powerful, confident actor who can pull off smart and sexy”, according to the report. He’s a good actor who has worked with some of the best directors around, and I’ve always felt he was on the cusp of bigger things. This would definitely qualify.

There won’t be just one bad guy for Black Widow to deal with, either. Two mysterious Americans working alongside the villain also must be cast, with Rachel Weisz, Alec Baldwin, and Homeland‘s Sebastian Koch possibly in contention. If true, Marvel is looking to cash in on their Oscars success with Black Panther to attract even greater talent than before.