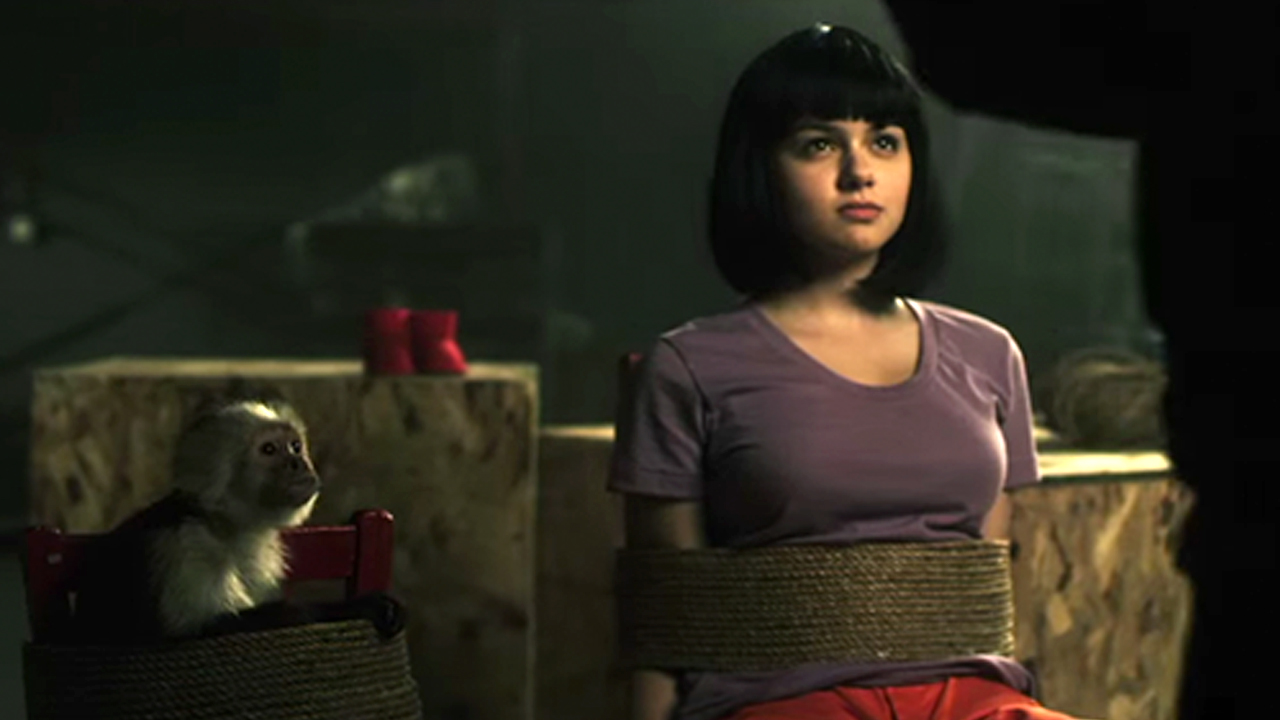 A Dora the Explorer live-action movie is a real thing that is happening, and honestly, I’ve been kinda fascinated by it. Nickelodeon’s educational series about the quest-loving Latina doesn’t exactly scream for a blockbuster movie, and that may be why the trailer is so very different. With Sicario 2’s Isabela Moner in the title role, Dora has been aged up into a teenager and her journey looks like a cross between Tarzan and Tomb Raider.

The whole junior Tomb Raider vibe is prevalent, but also a fish-out-of-water storyline that finds Dora failing to assimilate with “regular” teens after spending most of her life in the jungle. When her parents, played by Michael Pena and Eva Longoria, get lost while looking for the legendary Lost City of Gold, Dora and her cousin Diego, along with her pet monkey Boots voiced by Danny Trejo (!!!) take on the task of finding them. Oh, and the foxy villain Swiper is voiced by Benicio Del Toro.
Directed by James Bobin (The Muppets) with Eugenio Derbez, Adriana Barraza, Temuera Morrison, Jeff Wahlberg, Nicholas Coombe, and Madeleine Madden co-starring, Dora the Explorer and the Lost City of Gold opens August 2nd.