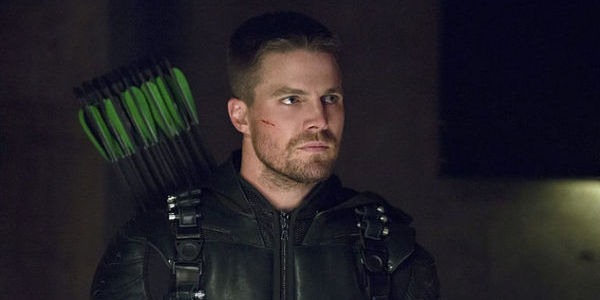 The emerald archer is hanging up his bow and his hoodie for good. Arrow, The CW’s long-running superhero series and the one for which the Arrowverse was named, will come to an end after a shortened eighth season consisting of ten episodes.

The news was confirmed by star Stephen Amell, who has been hinting for some time that he may be on the way out once his contract ended. My guess? He’s going to go full-time into professional wrestling. No joke. He may even join his pal Cody Rhodes over in the newly-established All-Elite Wrestling.

Playing Oliver Queen has been the greatest professional experience of my life… but you can’t be a vigilante forever.

Arrow will return for a final run of 10 episodes this Fall.

There’s so much to say… for now I just want to say thank you.

Arrow debuted on The CW back in 2012 with a edgier tone that set DC’s Green Arrow as a Batman-like figure protecting the fictional Star City. Since then, Arrow has helped birth multiple shows and spinoffs including The Flash, Black Lightning, and Supergirl.  But the ratings have been on decline for a while now, and while the show never went into a full on slump, creatively it has more than run its course despite multiple efforts to freshen things up. I’ve felt for some time that Arrow has long since said everything it needed to say about the thin line between hero and vigilante, mainly sticking around to be part of the annual Arrowverse crossover event.

That does leave open a major spot to fill in CW’s superhero lineup. While The Flash has been the top dog for some time now, Arrow was still a major component. We could see Ruby Rose’s Batwoman show, already picked up for series, fill the “dark and brooding” void Arrow leaves behind. We could also see Black Lightning pulled into the Arrowverse properly, after being excluded its first two seasons.

And how will Oliver Queen bow it? Will he go gracefully, settling into quiet domestic bliss with Felicity while others take on the job of city protector? Or will he go out fighting, maybe even sacrificing himself in the upcoming Crisis on Infinite Earths event? My money is on the latter, but no matter what I’ll be watching to see Arrow hit its mark one more time.

Arrow is currently in its seventh season and will return in the fall.