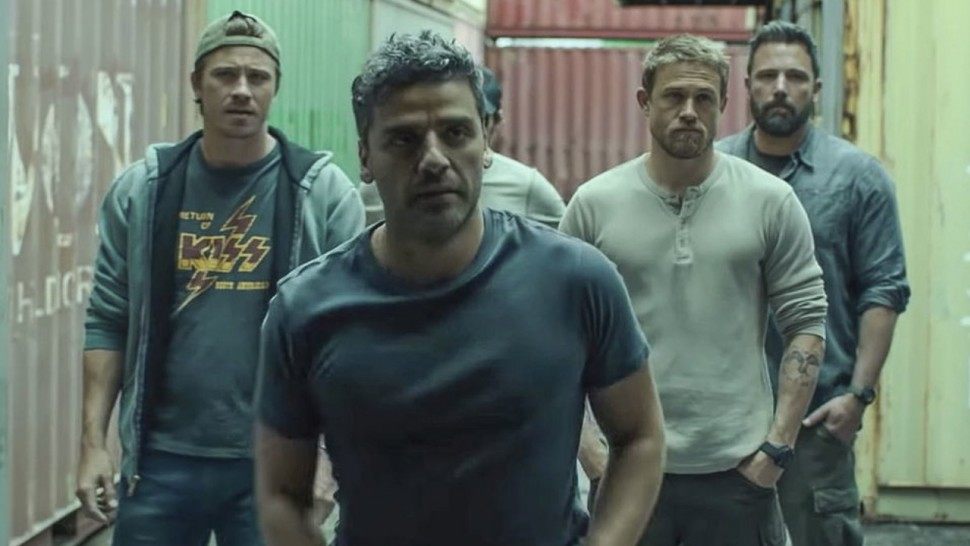 Ben Affleck making it known he is no longer Batman sorta overshadowed the reason why he was on The Jimmy Kimmel Show in the first place. It was to promote the release of Triple Frontier, the long-developing drug war thriller that will be hitting Netflix next month. So a new trailer will just have to pick up the slack in teasing a film that has had a most circuitous route to the big screen.

Affleck is joined in the star-studded cast by Oscar Isaac, Charlie Hunnam, Pedro Pascal, Garett Hedlund, and Adria Arjona, a group that could command big dollars at the box office. Fortunately, it’s one of the few Netflix movies that will also receive a theatrical run, similar to the rollout for Roma. Does that mean it has similar awards aspirations? Probably not, but it could be a solid-to-excellent flick based on the footage in this trailer.

Here’s the synopsis: A group of former Special Forces operatives (Ben Affleck, Oscar Isaac, Charlie Hunnam, Garrett Hedlund and Pedro Pascal) reunite to plan a heist in a sparsely populated multi-border zone of South America. For the first time in their prestigious careers these unsung heroes undertake this dangerous mission for self instead of country. But when events take an unexpected turn and threaten to spiral out of control, their skills, their loyalties and their morals are pushed to a breaking point in an epic battle for survival.