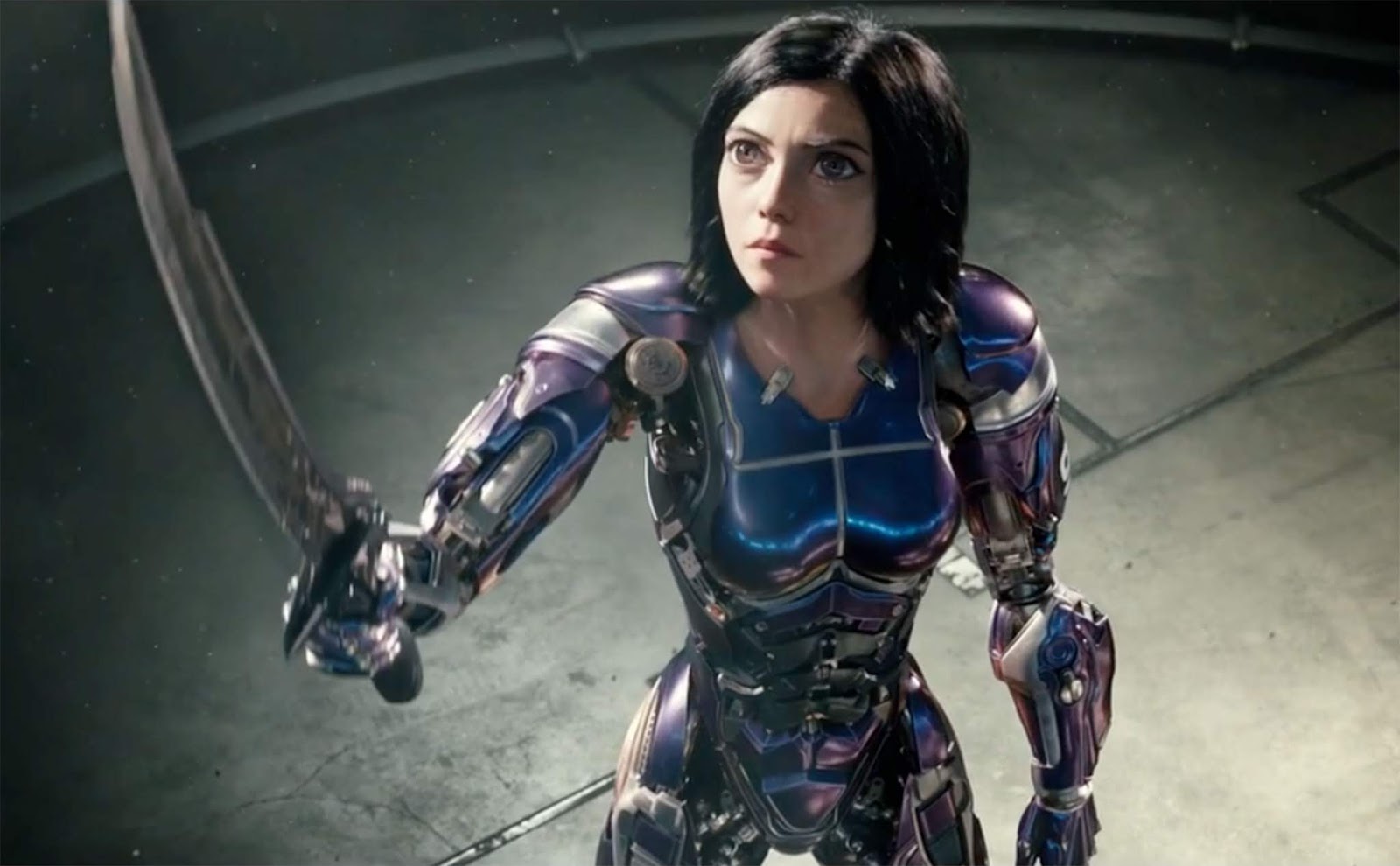 Finally, a live-action manga adaptation we can all get excited over. Alita: Battle Angel has been in the works for a long time, once aimed to be James Cameron’s big 3D followup to Avatar. Then Cameron just couldn’t quit Avatar and passed the reins, eventually, to Robert Rodriguez. During that time we’ve seen Hollywood try and fail repeatedly to with manga flicks Ghost in the Shell, Dragonball Evolution, and others. But all of those years spent by Cameron developing groundbreaking visual technology was worth the wait, because Alita: Battle Angel is a dazzling spectacle of kick-butt robo-action with a story that’s surprisingly grounded and human.

Major props go to WETA Digital for creating one of the richest dystopian cyberpunk worlds we’ve ever seen. For once, it’s worth it to plunk down the extra cash for the whole 3D experience, which should come as no surprise with Cameron’s invaluable input. Alita: Battle Angel pops on the screen, and while there’s an ample amount of CGI and motion-capture the surroundings are grounded and tactile. It’s in the performances and characters where the hyper-surreal quality of manga comes into play.

The breakout star here is Rosa Salazar, probably best known for her role in the Maze Runner flicks. She plays the title character, a broken-up cyborg discovered in a scrap heap in the far-flung 26th-century. In this dystopian future the elites live in Zalem,  a glorious sanctuary high above the downtrodden in the slums of Iron City. Alita’s savior is Dr. Dyson Ido (Christoph Waltz), who rebuilds her into a perfect little girl, christened after his own daughter. While Alita has a fully-functioning body of blood and steel, missing are memories of who she really is. However, within her core programming is the heart of a warrior and an ancient battle technique known only to an elite sect of androids.

There’s a lot Alita: Battle Angel has going on, and the script by Cameron and Laeta Kalogridis piles it up with only a minimum of explanation. This is a setup movie, clearly, with a lot left to answered in future chapters if the franchise extends that far. But what we do get is full of awesome potential, realized in all of its stunning glory by Rodriguez. Alita is, as expected, naïve about the world and so much of the story is about her finding her way in the dangerous streets. There’s the introduction of the sport Motorball, run by the mysterious Vector (Oscar winner Mahershala Ali) who has designs on capturing Alita, using an army of paid bounty-hunting cyborgs of various degrees in quality. The people of Iron City have mostly allowed themselves to be transformed with any available tech. Some are pretty slick, like Ed Skrein’s Mohawk-sporting hunter, while others are bulky and grotesque such as Jackie Earle Haley’s behemoth. We’re also introduced to Alita’s first love interest, a charming rogue named Hugo (Keean Johnson), who has secrets of his own that could prove deadly. And of course, there’s Alita’s hidden past which frequently comes colliding with the present. You could make an entire movie out of what we learn about Alita, and a jaw-dropping interplanetary war that we only get glimpses of in flashback. Yes, I need that movie, please!

Because so much is being heaped on the viewer at once, the story turns out to be fairly generic. Rodriguez wrings a lot of energy out of it, though, with battles that are smooth and dynamic, unlike the CGI slop-fests we’ve seen far too often by other filmmakers. The battles are unrestrained and eye-popping, looking more like an episode of Dragonball Z than the live-action movie ever did.  While the idea of Motorball feels like relic from the Rollerball days, the sequences are fast, exciting, and very violent. I would go so far to say they’re too violent for kids, no matter what the age rating on the film may be.

Technical aspects aside, Alita: Battle Angel would be nothing without Rosa Salazar, who makes us fall in love with Alita through her warmth, naivete, and fighting spirit. I love that they kept Alita’s manga-inspired giant eyes, because they suit her as her eyes are opened to the unfamiliar world around her. Don’t expect Oscar-level performances from Waltz, Ali, Haley, or Jennifer Connelly, though. All four look cool as shit, especially Ali and Waltz, the latter when he gets his fight on with a giant energy-hammer, but only Waltz’s Dr. Ido feels important to the larger story.

With the power of James Cameron behind it, I could see Alita: Battle Angel growing into a successful and long-running franchise.  There’s so much story left to tell and so much about this universe that demands revisiting, and I can’t wait to see the next step in Alita’s evolution.