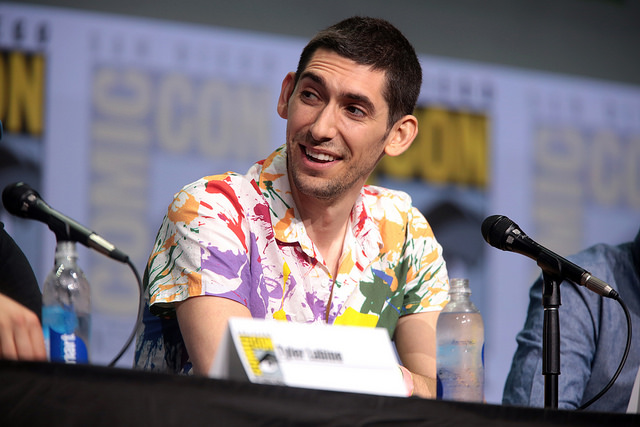 “Sometimes men who commit sexual assault are talented screenwriters and their work comes with baggage. Other times, they’re Max Landis.”

That was gamer Zoe Quinn unloading on screenwriter Max Landis in just a small piece of a Twitter screed for the ages back in December 2017. That was the beginning of a whirlwind of sexual abuse allegations against the Chronicle and Bright writer, which led to him basically vanishing from the limelight, something that must have been very hard for the outspoken filmmaker.  Apparently that time away Landis spent thinking about the things he’s been accused of in the #MeToo and #TimesUp era, because his next film will approach those issues, whether he ever admits to that or not.

Landis has written a action-horror film titled Shadow in the Cloud, which will star Chloe Grace Moretz as a heroic commander fending of her “leery all-male crew” as they transport confidential material in a B17.  There’s also some kind of supernatural force she must deal with, her team’s unprofessionalism, and enemy attacks. Um, okay. The film will be directed by Roseanne Liang (My Wedding and Other Secrets), although this sounds like material Landis could probably handle himself given his…*ahem* familiarity.

The best film Landis ever wrote, by far, was 2012’s Chronicle which was a grounded, realistic take on superhero origins and introduced us to Michael B. Jordan and Dane DeHaan. It’s been a series of turds since then, including American Ultra, Mr. Right, Victor Frankenstein, and his directorial debut Me Him Her. He scored a hit, critically-panned though it was, in Netflix’s blockbuster orc/fair cop flick, Bright. A sequel is in the works right now and Landis has not been invited back.

To be blunt, Landis is one of the most reviled people in Hollywood, son of legendary director John Landis (Animal House, Coming to America) or not.  His repulsive attitude towards women has been well-documented for years, and this unsubtle attempt to address the topic probably won’t change things. Then again, if you’ve seen Bright you know subtlety is not in Landis’ playbook.  I’m curious to see how this plays out because it could have some backlash on Moretz, who is still recovering from that still-unreleased movie she did with Louis C.K., who has his own problems in this arena.

But no matter what there will always be more opportunities for Landis. In addition to this film he’s also penning supernatural thriller Deeper which Idris Elba is in talks to headline.