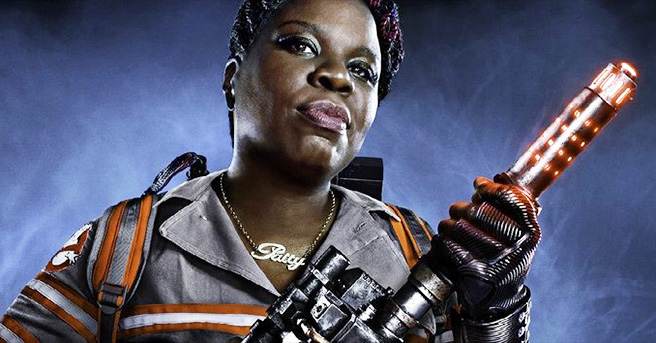 The announcement of a new Ghostbusters film by Jason Reitman, keeping in-continuity with the original two movies, has not made everybody happy. Reitman’s film basically steps over the all-female 2016 reboot directed by Paul Feig, and Leslie Jones, who played Patty Tolan in it, sees this as a major slap in the face. She laid into the film on Twitter…

So insulting. Like fuck us. We dint count. It’s like something trump would do. (Trump voice)”Gonna redo ghostbusteeeeers, better with men, will be huge. Those women ain’t ghostbusteeeeers” ugh so annoying. Such a dick move. And I don’t give fuck I’m saying something!!

I’m with Leslie on this. I still believe the reboot would’ve done better if it came out just a few months later, and as it stands now it can be seen as the first salvo in a string of very successful female-led films, from Wonder Woman to Ocean’s 8.  The toxic misogyny it faced was unlike anything we have seen in a long time. A Ghostbusters sequel with Jones, Melissa McCarthy, Kristen Wiig, and Kate McKinnon would likely do better than the previous one.

However, the 2016 movie was sort of a dud, and Sony, along with producer Ivan Reitman, aren’t required to throw good money after bad.  It’s always possible the reboot’s characters make a cameo, especially with there being a certain amount of fan outcry that they do. There’s still so much we don’t know, but Reitman’s movie is ready to shoot, has a summer 2020 release date, and even a teaser trailer.