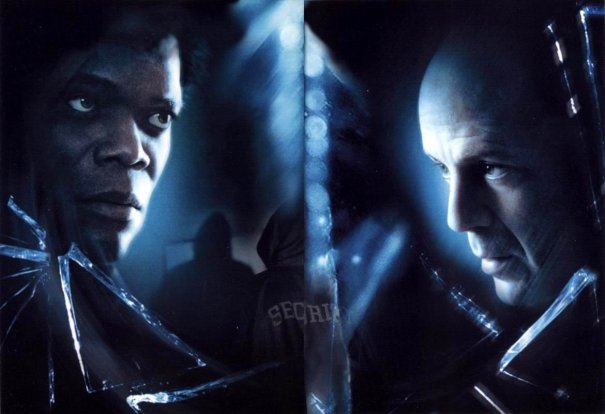 Okay, this is an Honest Trailer done right.

Before the superhero movie became the juggernaut it is today, M. Night Shyamalan gave us Unbreakable, one of the best and most grounded superhero films ever made. It came as the director was on a high following his breakout hit, The Sixth Sense, and before he would put out a string of bullshit that made him Hollywood’s laughingstock.

This is where getting some distance from the film, in this case eighteen years, makes for a better Honest Trailer. A running theme throughout is how Shyamalan fell off so damn hard after this, and hopefully now is back in a groove with Split and this month’s sequel, Glass.

For those who have yet to catch up with this great movie, it stars Bruce Willis, back before he would also start on a downward spiral, as everyman security guard David Dunn. After being the only survivor of a horrific accident, he slowly discovers that he is gifted with superhuman strength and invulnerability. Samuel L. Jackson plays his nemesis, Elijah Price aka Mr. Glass, who is basically his physical polar opposite.

Yeah, the film is unusually slow and somber, with Shymalan’s trademark twist thrown in for good measure (“Is it still a twist if you’re expecting a twist?”), but Unbreakable is basically a must-see fim if you’re planning to check out Glass on January 18th.