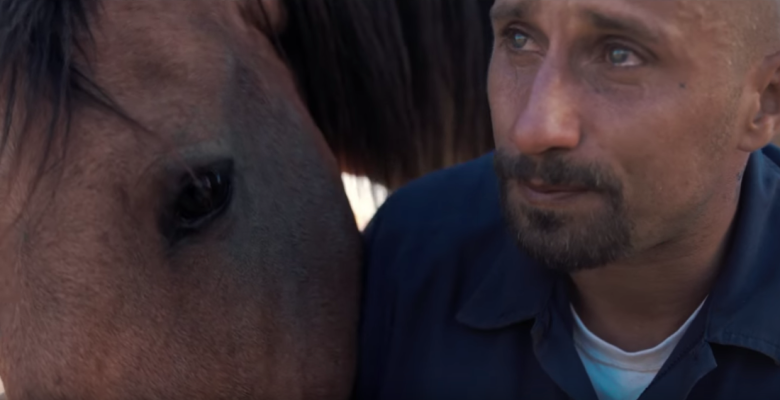 A month from now chilly moviegoers, critics, and filmmakers will be cramming into tents at Park City for the Sundance Film Festival. The year’s first major festival has an intriguing lineup, as always, and we’re already starting to see trailers for some of those films emerge. The Mustang is one that appears to be galloping in the hoofprints of last year’s Sundance favorite, The Rider, and stars my favorite actor working today: Matthias Schoenaerts.

Expect this one to get a lot of attention at the festival, especially with Robert Redford on board as an exec-producer. The Mustang stars an almost unrecognizable Schoenaerts as a Nevada convict participating in a rehabilitation program where he helps train wild horses. As a man struggling to connect with both humans and horses, he begins to turn the corner while training an especially feisty mustang.  The film co-stars Bruce Dern, Jason Mitchell, and Connie Britton.

Making her directorial debut is French actress Laure de Clermont-Tonnerre, who co-wrote the script with Mona Fastvold (The Childhood of a Leader) and Brock Norman Brock (Bronson). Lots of talent there.

The Mustang will be part of the Sundance Film Festival which begins on January 24th.