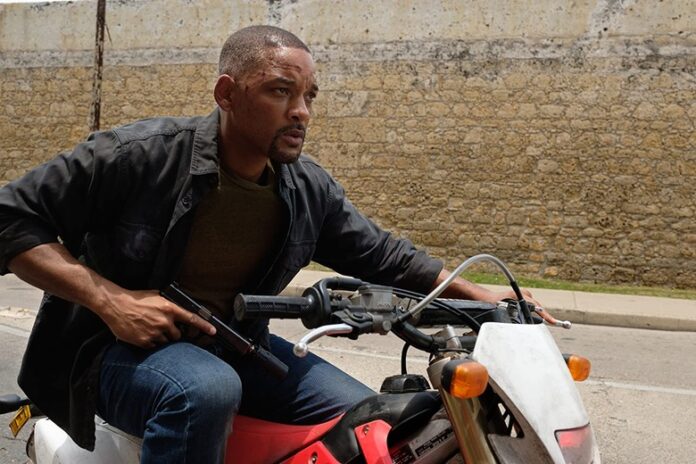 Apple has a problem on their hands when it comes to Emancipation, Antoine Fuqua’s film led by that slap happy dude, Will Smith. Early in the year, it was predicted the slavery drama, which stars Smith as a runaway slave who esapes and makes his way up north where he becomes famous for the wounds on his back, would be a likely awards contender. Then…the Slap Heard ‘Round the World happened, and suddenly nobody likes Will Smith anymore. The idea of releasing the film at any point this year was unlikely.

In a new report by New York Times, Apple TV+ could still see the release of Emancipation before year’s end.  Apple is between a rock and a hard place here. They spent $120M for the right to distribute the film, but when Smith slapped the shit out of Chris Rock at the Oscars, thus getting himself banned from the Oscars and becoming persona non grata with fans, that made things a bit dicey.

So what does Apple do? While Smith’s public image hasn’t improved, there’s still a chance the film is released and gets the expected accolades. Or it could be a dud and nobody watches it because, I don’t know, Smith acted like an idiot for one moment on national TV.  But what happens if Emancipation does earn Oscar nominations? Smith wouldn’t be able to attend, anyway. The Academy might not be happy about it. And let’s face it, a press tour with Smith would be Hella awkward.

Frankly, I think this whole thing is stupid. If anyone is so pissed at Smith that they won’t watch Emancipation they probably weren’t watching anyway. It might actually help the film to have Smith out there if he’s smart enough to be contrite, and if the Academy gets pissed then they have some internal shit to figure out after the next Oscars telecast. But I don’t think this needs to be such a big concern for Apple. Just put the movie out, promote the shit out of it, and hope for the best.