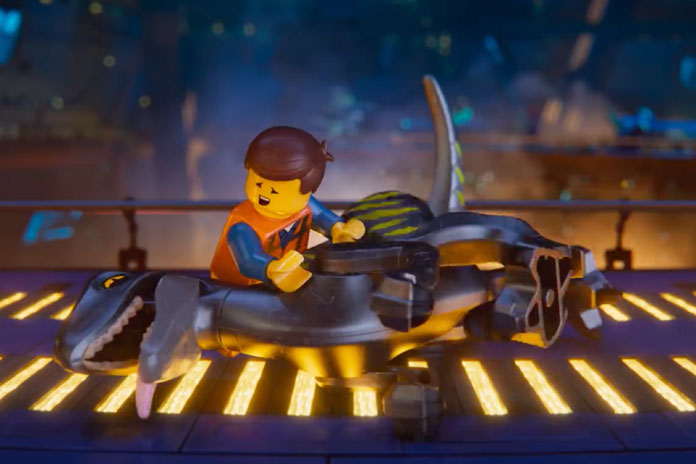 Oh well. The credit I was willing to give The Lego Movie 2 for doing a holiday short film rather than another trailer has now been dashed over the rocks Because here is another trailer for the sequel, subtitled The Second Part, which reveals even more of the central story. With Bricksburg having gone all to Hell, it’s up to Emmet (Chris Pratt) to venture into space to save Lucy (Elizabeth Banks), Lego Batman (Will Arnett) and the rest of his friends from an alien queen voiced by Tiffany Haddish.

I continue to not be all that impressed by what I’m seeing. Pratt voicing a meta version of himself named Rex Dangervest has some potential, but something isn’t working for me.  Maybe the novelty has just worn off?

Here’s the synopsis: The much-anticipated sequel to the critically acclaimed, global box office phenomenon that started it all, “The LEGO® Movie 2: The Second Part,” reunites the heroes of Bricksburg in an all new action-packed adventure to save their beloved city. It’s been five years since everything was awesome and the citizens are now facing a huge new threat: LEGO DUPLO® invaders from outer space, wrecking everything faster than it can be rebuilt. The battle to defeat the invaders and restore harmony to the LEGO universe will take Emmet (Chris Pratt), Lucy (Elizabeth Banks), Batman (Will Arnett) and their friends to faraway, unexplored worlds, including a strange galaxy where everything is a musical. It will test their courage, creativity and Master Building skills, and reveal just how special they really are.