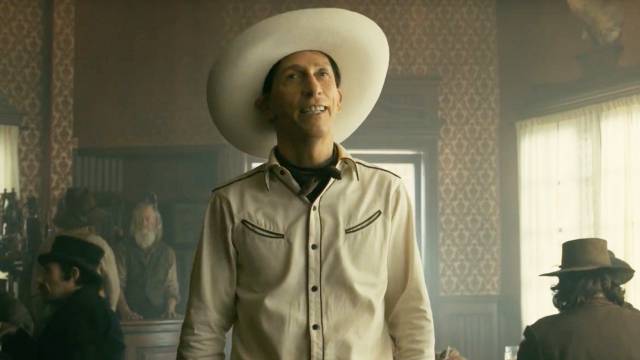 The Coen Brothers are no strangers to awards season, but for The Ballad of Buster Scruggs, their first partnership with Netflix, it was unclear just how much of a presence they’d have this year. Now we know it could be pretty significant because the western drama’s new trailer reveals a release date just four days away as part of the streaming service’s expanded release strategy.

The Ballad of Buster Scruggs will get an exclusive theatrical run beginning November 8th, before hitting Netflix on November 16th. Along with Alfonso Cuaron’s Roma and the Sandra Bullock thriller Bird Box, the film is part of an effort to have greater influence this time of year, and perhaps attract more top-tier filmmakers to Netflix which has often been criticized for not having much of a strategy.

As for the movie itself, it’s an anthology told in six parts and stars Tim Blake Nelson, James Franco, Zoe Kazan, Tom Waits, and Liam Neeson. Here’s the synopsis:

The Ballad of Buster Scruggs is a six-part Western anthology film, a series of tales about the American frontier told through the unique and incomparable voice of Joel and Ethan Coen. Each chapter tells a distinct story about the American West.


Between No Country for Old Men and True Grit the Coens have a stellar track record with this genre at this time of year. We won’t have to wait long to find out of that will continue.