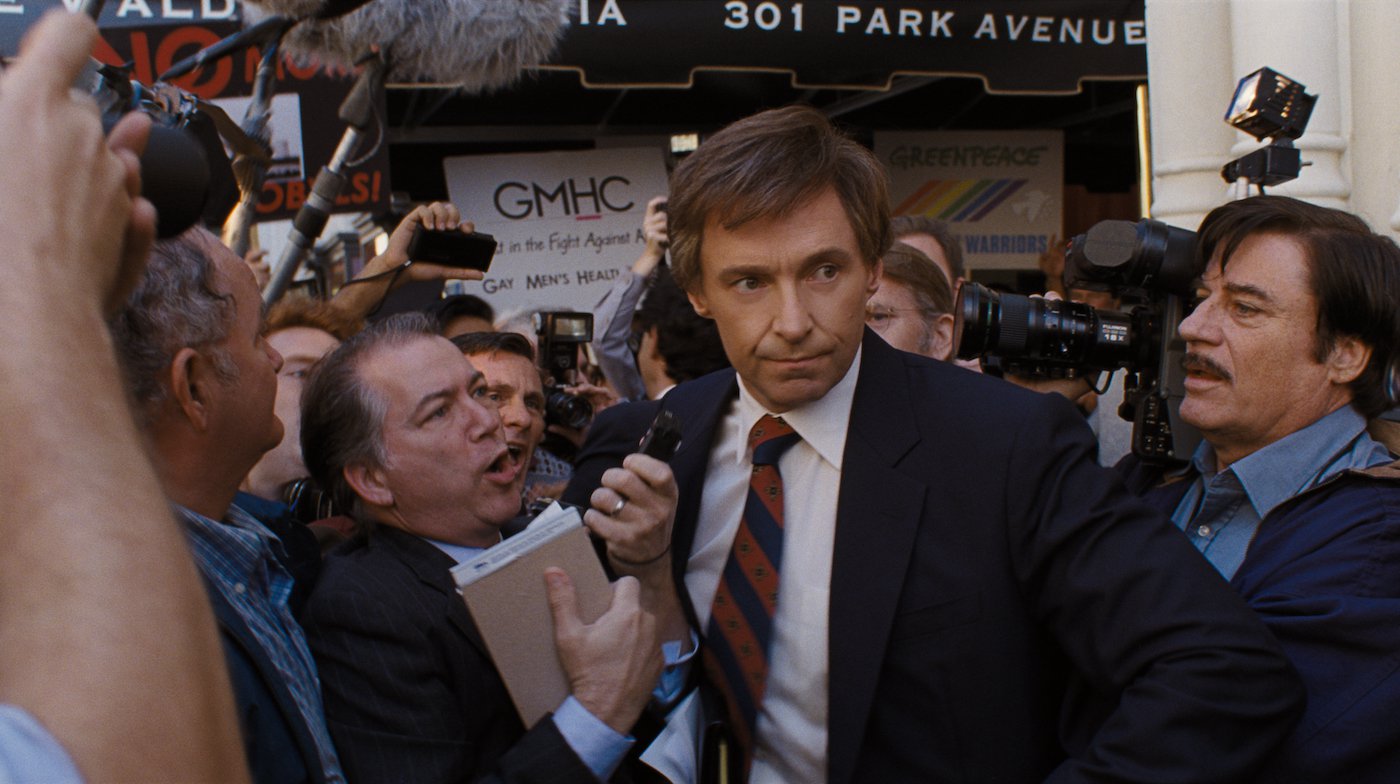 Growing up I wasn’t always interested in politics, that would come much later in life. But still there were two politicians whose names I took to heart and they stayed with me. The first was Ronald Reagan, for obvious reasons. He used television like no other and was the most visible President in our history at that point. The other was Gary Hart. The 1988 Democratic Presidential contender was a rock star when politicians were seen as stodgy, doddering old suits. What I remember most about Hart is that for a brief moment in time he was EVERYWHERE, and everyone was talking about him. And then, just like that, he was gone. It was like he never existed, and honestly I wouldn’t think about Hart again until much later when I began trying to figure out what happened to him.

Jason Reitman’s The Front Runner is more than just the story of Gary Hart’s fall from grace. It takes us back to a time, albeit briefly, when the press was less interested in a politician’s personal life, which seems crazy now when we have a President sitting in the White House who has had multiple adulterous affairs.  All of that changed with Senator Gary Hart, played by Hugh Jackman with a charisma and charm that will have you asking when he’ll run for office himself.  Hart had made an unsuccessful run at President earlier, but in ’88 he was the clear front-runner. He was bold, handsome, and wicked smart, and he was at just the right age where he could connect with voters of any age. 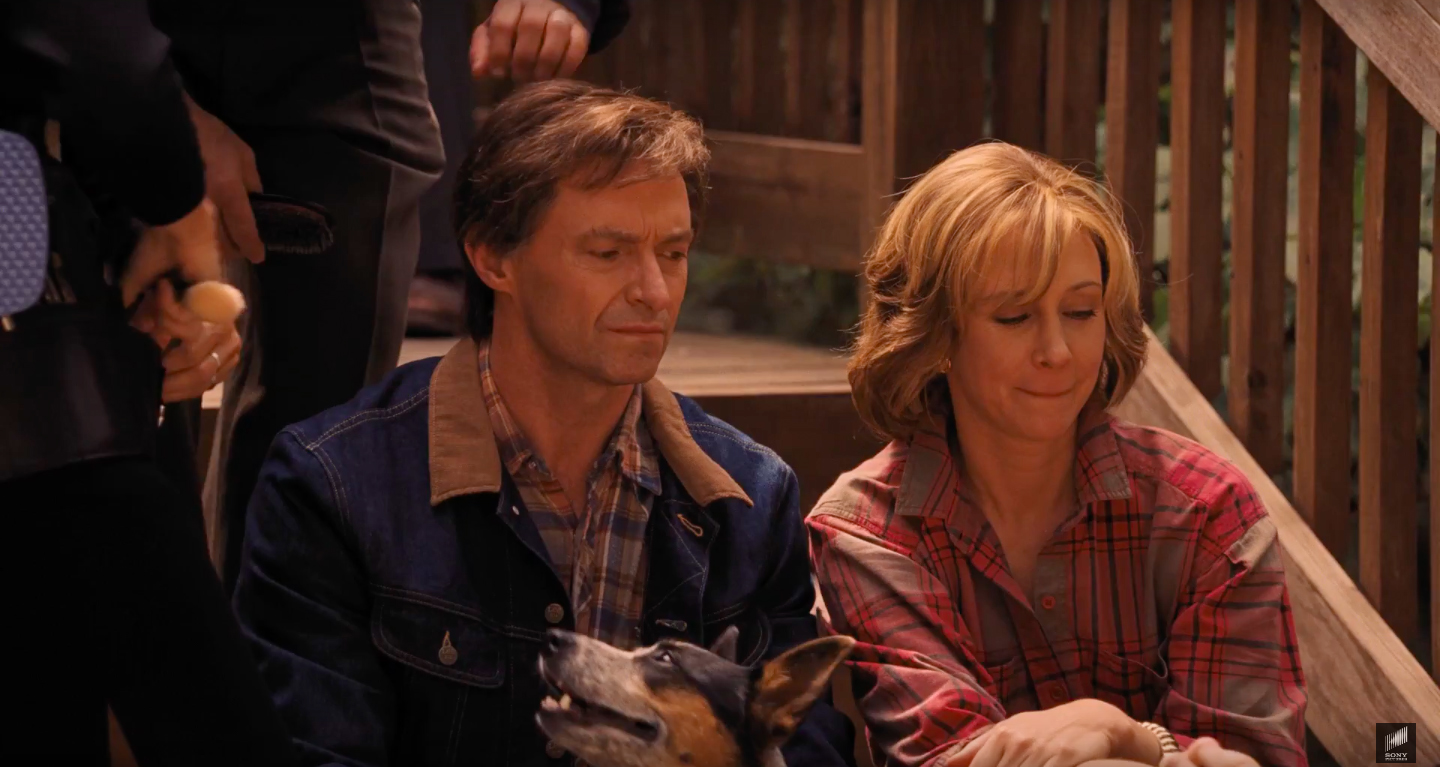 The film is about Hart, but it’s also about the moment when our media changed and began the evolution, or devolution, into what it is today. Based on a book by co-writer Matt Bai, joined by Jay Carson and Reitman, The Front Runner is about the media’s rapid move into what was perceived to be tabloid journalism at the time. In the span of a few weeks Hart would go from the likely next President of the United States to ending his campaign and ultimately his political career, after accusations of an affair with Donna Rice (Sara Paxton) emerged. This came after Hart dared the press to follow him around, claiming they would be very bored at what they’d find. They weren’t all that bored. And apparently, neither was Hart.
The affair itself is just a small part of the story. The fascinating part is what happens around it as Hart, who carries himself with this air of righteous indignation throughout, is dumbfounded that he’s become such a target. What Reitman also captures beautifully is the chaos within the Hart campaign, as political strategists try to minimize the damage. One of the problems with modern political movies is they all try to emulate the slick walking and talking style perfected by Aaron Sorkin, and I like that Reitman’s film has all of the messiness of a real campaign. Anybody who has actually worked in one, even on the lowest levels, knows it very rarely runs smoothly. It’s all a guessing game as to what will work from day to day, and Hart’s team was dealing with a complete unknown, and they were justifiably exasperated. This frustration is mostly reflected by Hart’s campaign manager, Bill Dixon (JK Simmons), who just can’t get the candidate to understand the gravity of the situation. He doesn’t think this will “blow over”, and he’s right. 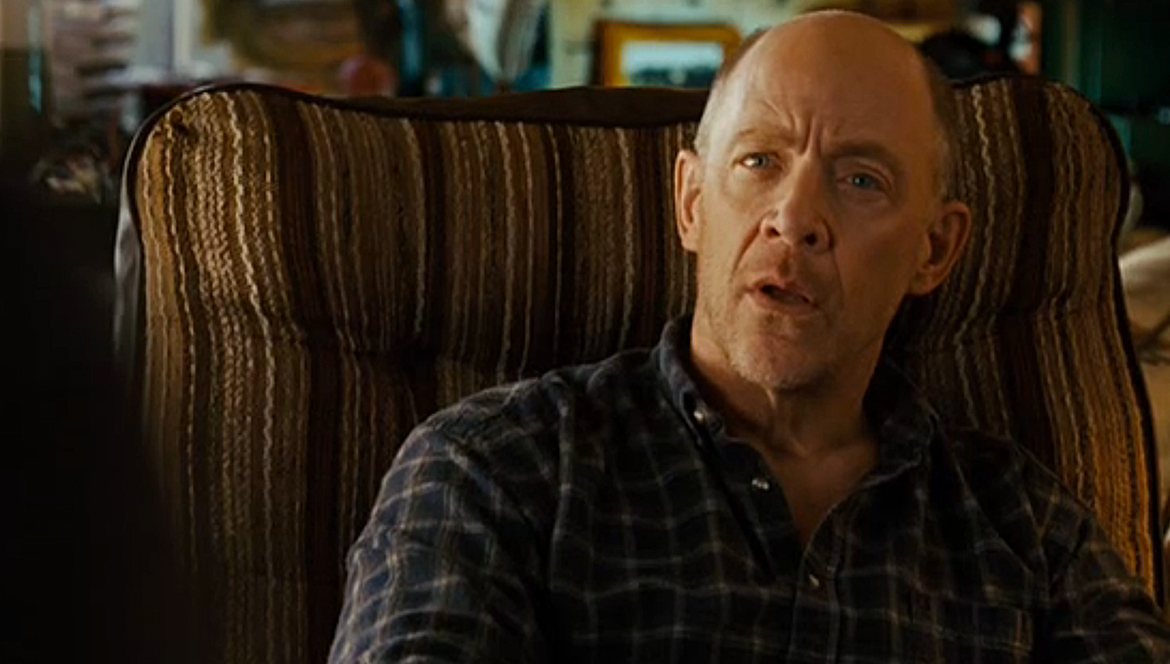 Hart’s reaction is anathema to the way we understand politicians should handle these kinds of scandals. He doesn’t outright deny the accusations, but he does make the case that his personal affairs are none of the public’s business, and insists on sticking to the issues.
“How is it relevant?”, Hart asks, basically screaming into the void.
Of course it does matter. All of his arguing goes out the window when the press conferences ignore his policy statements and focus on his family, including his wife (Vera Farmiga, stoic as always) who is not only humiliated but angry at being made part of the story. Reitman takes a sympathetic view of Hart, all but indicting the media as a whole for taking him down. But at the same time, Hart isn’t let off the hook. He’s still something of a dope, and an arrogant one at that. 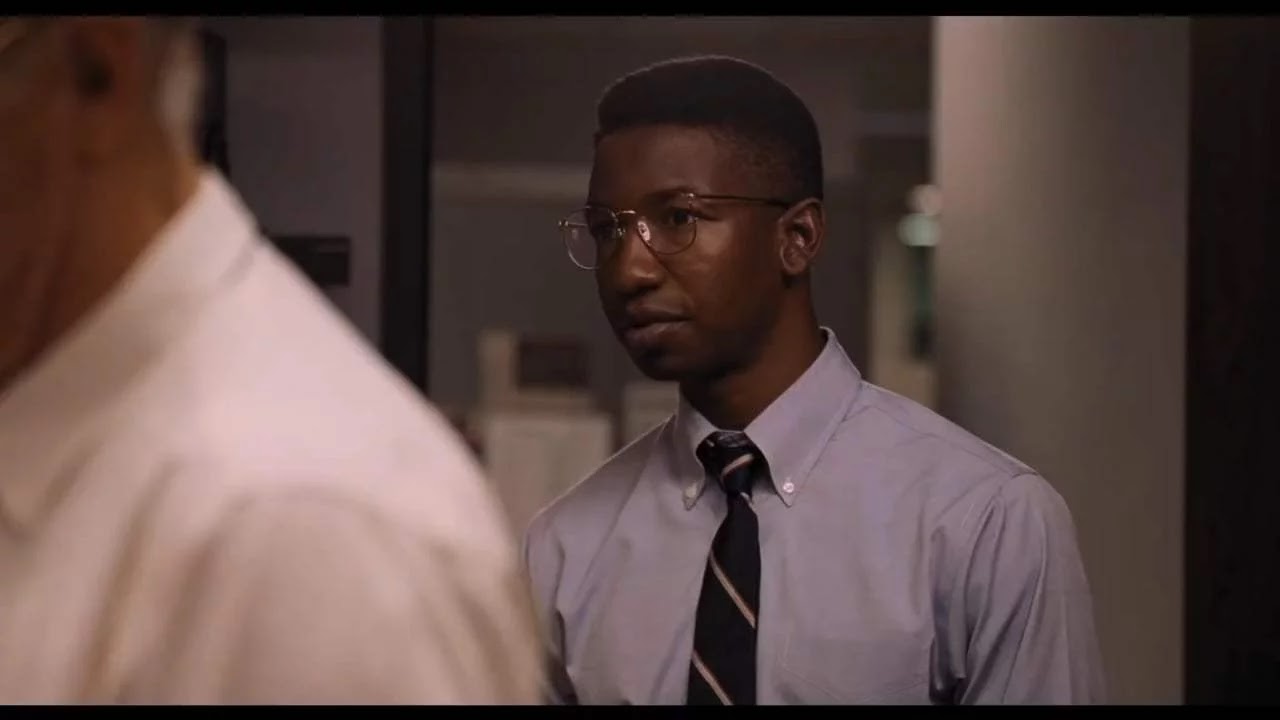 Reitman surrounds Jackman, who is genuinely great here even though he doesn’t resemble Hart AT ALL, with an incredible ensemble who give depth to the story. The aforementioned Simmons, Paxton, and Farmiga are joined by Alfred Molina as Washington Post editor Ben Bradlee who remembers fondly ignoring John F. Kennedy’s many affairs. A standout is Mamoudou Athie, perhaps best known for his roles in The Get Down and Patti Cake$, as a fictional Washington Post journalist who dares to ask Hart the tough questions. Ari Graynor, Steve Zissis, Kevin Pollack, and many others help carry the film when parts of it start to feel a little bit dry. Reitman still isn’t the most exciting filmmaker around and many of his scenes are conventionally composed, lacking much in the way of energy.

The Front Runner poses a lot of questions that it isn’t really equipped to answer. What was it about Hart that made him different from other elected officials? Why was he singled out? Was it just the mood of the country at that time? Were the American people eager to see a man of power toppled so publicly? The polls at the time say no, but somebody was buying up the newspapers and watching the scandal unfold on TV. Was it simply competition between rival newspapers, eager to trump one another with a major scoop?  Ultimately the answer doesn’t matter. Hart has been out of the spotlight for a long time (although recent revelations threaten to change that), and the political landscape has changed mightily. An extramarital affair doesn’t really mean that much, anymore. Politics has basically come full circle on whether these sex scandals matter. Hart’s defiance didn’t have anything to do with that, but if ever there was a time for him to come out of the shadows it would be now.