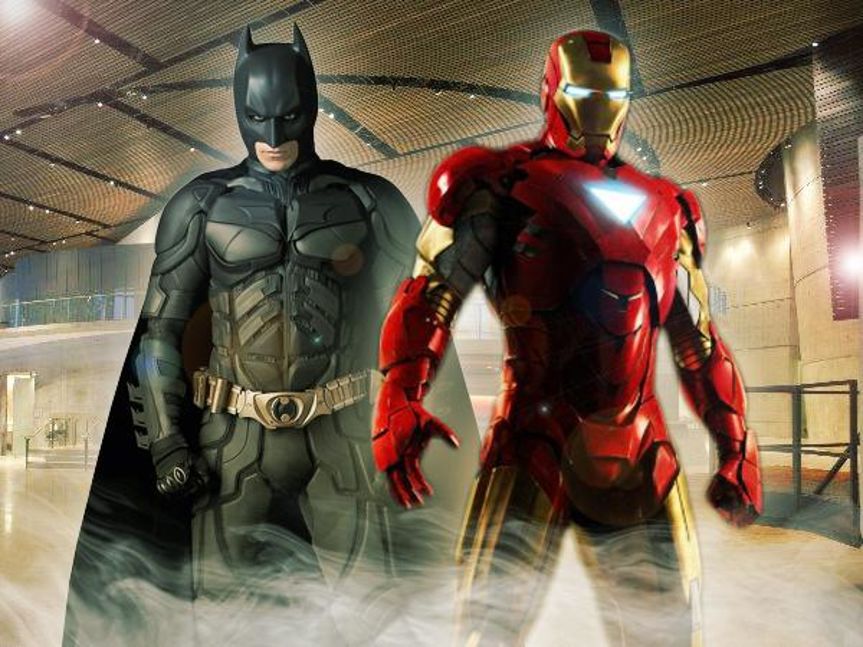 It’s almost strange to imagine a world without comic book
movies these days, I mean where would studios make their summer dollars without
a few guys and gals in tights swooping in to save the day? The truth, as us
older folks vividly remember, is that the wide cultural acceptance and
celebration of the comic-book medium is barely a decade old. There had been
smatterings of greatness and small pockets of worldwide geekery, like the 89-95
period kicked off by Tim Burton’s Batman
and put to bed by Joel Schumacher’s Batman
and Robin, but until very recently it never felt like more than a fad. The
foundation for our current top-tier status was first lain by Blade in 1996, then elevated by X-Men in 2000 and carried through by
Sam Rami’s Spider-Man trilogy (ok,
just the first two) this, of course, resulted in a huge influx of comic flicks,
great news right? Well, yes and no…you see the formula for success wasn’t understood
at that time. Studios thought that if you bought the rights to a cool property,
hired a high-profile actor/actress and mixed it in a bowl with too much CGI you
could make a million dollars. Therein laid the problem, it was ALL about the
money. I know that’s cliché to say but it’s a solid fact that if filmmakers are
passionate, or at a minimum understand, the project they’re working on the
result will be infinitely better. The simple fact was that, although they were
enjoyed by all, comic book films were still viewed as immature, unartistic,
entertainment for kids. That all changed in 2008 when two movies were released
that changed the way we looked at these films, both critically and
commercially. Of course I’m talking about The
Dark Knight and Iron Man. The
one-two punch of the most artistically accepted and commercially loved films,
one of which started an empire, opened the eyes of filmgoers around the world
to the possibilities of this genre when it’s taken seriously and done right.

The Dark Knight
is the film that destroyed the train of thought that superhero flicks were solely
about action and adventure entertainment and not artistic performance with two
of its stars earning Oscar nominations, one of which actually winning (Heath
Ledger’s posthumous win for his take on the Joker). While its predecessor, Batman Begins did it first TDK solidified
the ‘Dark and Gritty’ landscape of superhero films which remains pervasive
today, with Marvels sun and fun landscapes being the only brand to successfully
work outside of that theme. I think the biggest mark Christopher Nolan’s film
left on the world is the idea that the ‘Superhero’ of it all doesn’t have to be
the main focus. You can have a noir crime drama that just happens to involve a
guy dressed as a bat and a psychotic clown, if the story is good you can pretty
much do whatever you want. I think perhaps the most overlooked impact this
flick had on the world was its viral marketing. It’s tough to remember now but
the pre-release marketing of The Dark
Knight was an adventure in itself. There were mysterious and cryptic websites,
scavenger hunts, and campaign rallies for Harvey Dent among a myriad of other
genius moves. The whole thing stretched over an almost 18-month period prior to
the film and created this intensely fun journey for the fans who participated
right until opening day. Nothing on that scope has been attempted since but its
influence can be felt in the lead up to any big movie these days.

From dark and gritty to just plain fun we move to Iron Man, the movie that launched the
MCU. There are SO many reasons that this shouldn’t have worked when looking at
it through the prism of 2007. Iron Man himself was a C level hero who had
nowhere near the name recognition of a Batman or a Superman, really no Marvel
heroes outside of Spider-Man stood up with DC pre-2008. Jon Favreau was, at the
time, a director known for funny and conversation heavy films who’s only experience
in action was Zathura: A Space Adventure.
Robert Downey Jr., the biggest and highest paid movie star on the planet? Well
he was still clawing his way back from the hit his reputation took as a result
of his drug addiction, to call him less than a sure thing at the time would
have been an understatement. There was one person that could see the forest
through the trees, a man that is now destined to go down as one of Hollywood’s
greatest visionaries, Kevin Feige. This was a time when a comic-book film wasn’t
guaranteed a sequel, much less a franchise, yet Feige had the foresight to envision
an interconnected universe of different franchises that would stand on their
own but come together for event movies every few years. It may seem like an
obvious direction, mostly because Feige makes it look easy, but prior to this
cross-overs were a novelty that never worked on any real level. The whole MCU
was kicked off in a 30 second stinger clip that played in the middle of credits
after Iron Man ended, the famed “Marvel
Post-Credit” scene. This was nothing new at the time and had been done, mostly
for bloopers, in plenty of movies beforehand, but Samuel L. Jackson walking in
as Nick Fury and telling Tony Stark about the Avengers Initiative made the
practice a standard. As for the movie itself, all of those unlikely pieces I
mentioned earlier? They combined to create the perfect storm of awesome.
Favreau quickly proved himself as a director able to masterfully construct
action scenes and RDJ became a Phoenix personified, rising from the ashes of
his personal troubles and immediately becoming a favorite actor in the industry
by showcasing just how awesome it can be when you pair the right character with
the right actor. In the middle of the dark and gritty renaissance that was
happening Iron Man decided to do its
own thing and bring us a world that felt like our own with just enough of the
fantastic thrown in. It nailed every aspect it aimed for and raised a bar that
would only be met by its fellow Marvel Studios films.
To say these are the only influential aspects of these two
landmark films would be a lie, the honest truth is that I’m well aware of how
longwinded I am and I value your time, dear reader. The geeks have been
ascending to the pop culture thrown slowly since 2000 and finally took their
seat on the throne in 2008, in large part because of The Dark Knight and Iron Man,
since that time their take-over of all things theatrical, for better or worse
depending on who you are, has become complete. Every other week you hear
someone else talking about “Superhero Fatigue” but as long as filmmakers keep
adjusting and redefining what a comic-book movie is we will all gladly keep
showing up at theaters. We are now entering into a new era where these films
will begin to break from the action/adventure genre where they live, with films
like Thor: Ragnarok being as much a
comedy as an action flick, and the upcoming The New Mutants seeming pretty well entrenched in the horror realm.
The next step is filmmakers realizing that ‘Superhero’ isn’t a genre in itself,
but rather an archetype that can be applied to a film of any genre. I’ll check
back with you in 2028 when I recap the two movies that made that change happen!