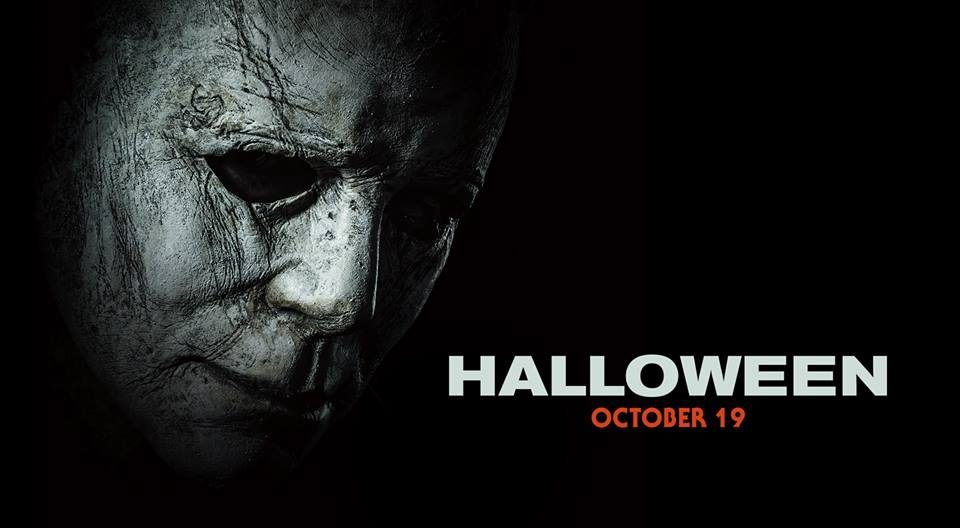 It’s been 40 years since Michael Myers first returned to
Haddonfield, leaving a trail of carnage in death in his wake. 40 years since
the face of popular horror was changed forever. People in my age group rarely
remember a time before horror and slasher were synonymous. A time before the
rules of horror, as laid out by Scream’s
resident movie geek Randy Meeks, applied to virginal school girls everywhere
(though if you ask John Carpenter the whole “virginal” thing wasn’t really a
factor). In the real world that 40 years has not only been filled by countless
copycats, but also no less than 9 proper sequels starring Mr. Myers of varying
degrees of merit. Thankfully, in the Haddonfield we now visit, there were no
sequels…not even Halloween II
applies, and that brings us to the sad truth of Halloween canon. There was no happy ending for Laurie Strode. Even
though she was spared Michael returning time and again as we saw in the theaters
that doesn’t mean Laurie had a joy filled life, quite the opposite. We revisit
Laurie and find that, while she did get married and have a daughter the horror
of that night in 1978 never left her. She’s living alone in a doomsday preppers
paradise in the woods. She’s spent the last 40 years preparing for Michael’s return,
training in firearms, hand to hand combat, survival, you name it….she’s
suburban Sarah Connor. As you can imagine this didn’t leave room for healthy
relationships, her marriage(s) have failed, her daughter is all but estranged,
and her granddaughter has to talk to her in secret. Meanwhile Michael has been
locked up in Smith’s Grove the entire time. The state no longer sees the research
benefit in housing Myers at the apparently lush Smith’s Grove and has decided
to move him to a more prison like facility (had they watched the sequels they
would know this is a HORRIBLE idea). As one could imagine, that transfer bus
never makes it to the prison.

This flick was an obvious labor of love for director David
Gordon Green. If there’s one thing I’ve always found true it’s the obvious
increase in quality when a director is passionate about his project. There’s
nothing groundbreaking about this movie, and that’s a good thing! When you have
a film as iconic as 1978’s Halloween
the worst thing you can do is hope to improve it, at best you can deliver a
worthy sequel that evokes the same feel as the original, and that’s exactly
what they do. The movie is simple, at 1 hour 48 minutes it doesn’t waste time
and more importantly it uses the time it has to fit all of the pieces in place.
Even the device to return Michael’s mask to him, wherein a pair of pod-caster’s
hope to elicit a response from the shape but presenting his old mask, makes
sense and brings the story into the modern day. When Michael begins to stalk
through Haddonfield among the trick r treater’s a tension slowly builds that
doesn’t really let us until the credits roll. The kills come fast and
indiscriminately leading up to a final confrontation that will have you white knuckling
the armrest of your theater seat. That’s the one thing I really didn’t expect,
I figured the movie would deliver in a totally predictable way…I’m not saying
it does or it doesn’t, I’m just saying they present the events in such a way
that you have no idea what’s going to happen. The characters, Laurie
especially, seem to be in real danger…there’s a feeling throughout that the “final
girl” may not be a thing in this film.

There are some things that, depending on your outlook, keep
the film from perfection. I’ll preface by saying these are things that didn’t
bother me in the least but I can see how they would bother some. First, most of
the early kills are inconsequential. The film moves fast, mostly to it’s
benefit, but one of the casualties of that pace is the lack of a connection to
any of the characters outside of the main group. When they’re knocked off there’s
no emotional cost, it’s more the shock and awe at the…. let’s say, creative
ways in which Myers takes out his prey. I mean, they guys had 40 years to think
of inventive ways to kill. The second qualm some may have will mostly be
relegated to those who know Halloween
mostly from its sequels. I loved the sequels, and I will freely admit that I
even have a soft spot for the mythology of part 6 (Thorn Cult represent!!). As
I mentioned before this flick throws out all but the first movie, so anything
supernatural about Michael Myers is thrown out too. They don’t go out of their
way to hammer home that Michael is just a man, but there’s enough in there that
this becomes more of a “serial killer with a mask” film and not an “unstoppable
killer who can’t die” flick. Does it affect the final result? Not at all…but
those with skin in the sequel game could be a bit put off.
To call this film a worth sequel would be an understatement.
What David Gordon Green has done is to recapture the freshness of the original
and extend the story. There’s so much pressure and drive to do something bigger
and brand new that it can be the most difficult thing to hold back. This is the
constant problem with remakes, none of the filmmaker’s doing said remakes
REALLY get what made the original so special. Green gets it, and he exhibits
the restraint that no other filmmaker has been able to find by not digging
deeper into backstory or adding flashy new trends to the mix. He got his
grandmother’s brownie recipe and followed the instructions exactly and we, well,
we get the tasty treat at the end.
4 out of 5

‘Halloween Ends’ To Hit Theaters And Peacock Simultaneously In October