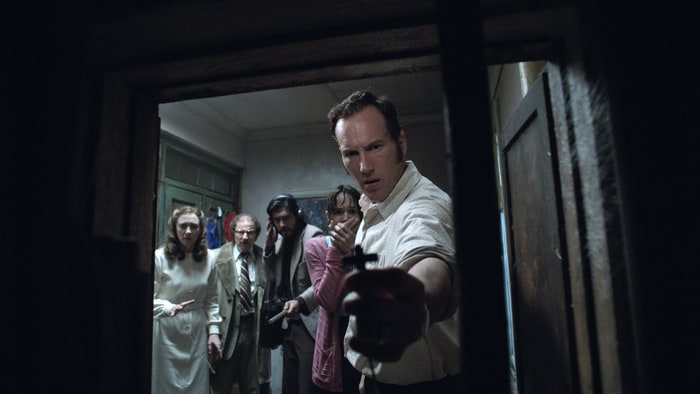 Hot on the heels of The Nun earning the highest debut weekend of any films in The Conjuring Universe, we’re getting an update on the O.G. franchise. Last year we learned that screenwriter David Leslie Johnson (now David Leslie Johnson-McGoldrick) was hired to begin work on The Conjuring 3, but word on it has been ghost ever since. Now franchise producer Peter Safran says the sequel is still in the works, and may begin shooting sooner rather than later. He tells Cinemablend…

“It’s actually coming along great. David [Leslie] Johnson is working on the screenplay, and I feel pretty confident they will have that one up and running next year.”


Of course Patrick Wilson and Vera Farmiga will return as paranormal detectives Ed and Lorraine Warren, but it’s unclear which of the Warrens’ real-life cases will serve as inspiration. Safran has said in the past that he doesn’t want to do another haunted house film, so maybe the 1981 Arne Johnson case? In that one, the Warrens were brought in to help prove that Arne Johnson, who had been accused of murdering his landlord, was actually possessed by a demon at the time. Johnson’s case actually went to trial, becoming the first ever in which the defense sought to prove innocence on account of demon possession.

As for whether James Wan will return to direct the franchise he launched, that is also unclear. Previously it looked like he would be too busy working on Aquaman, but if shooting is really primed for 2019, he may have time in his schedule. Otherwise he’ll probably hand over the reins to someone else as he has done with the Saw and Insidious franchises.