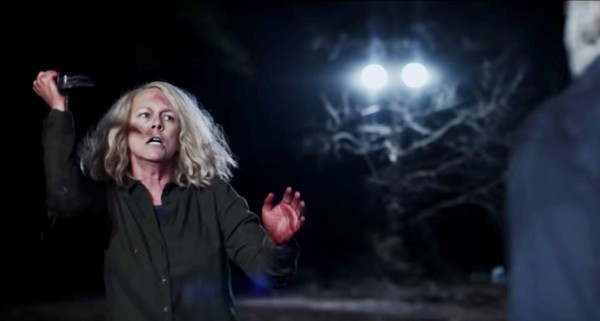 Ok, enough of the kiddie horror flicks, it’s time for the real thing. Michael Myers returns in the new Halloween from David Gordon Green, and fans of the long-running franchise can expect a true sequel to the 1978 original. No spinoffs or remakes, this one keeps Myers’ history of murder intact, and the mythlogy surrounding it is recounted in the latest trailer.

Done retro style with grainy archival footage of Myers’ murderous rampage on those infamous night, we’re then introduced to an older Laurie Strode (Jamie Lee Curtis), who is ready to go on the offensive against the one who terrorized her years ago. It’s a pretty cool way to flip the tables and put a woman in the position of predator and, maybe, Myers on the defensive? We shall see, but this looks pretty great and I’m not really given to these movies most of the time.