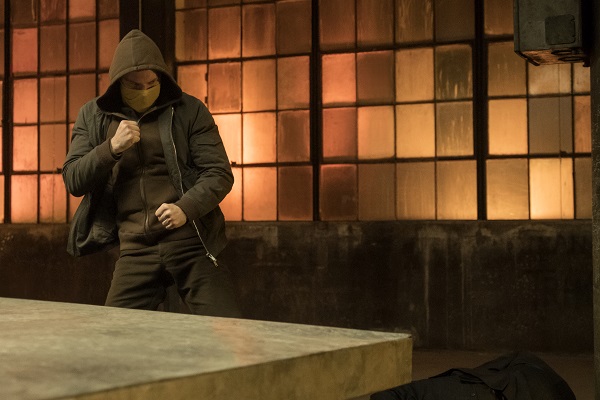 Marvel and Netflix’s partnership was mostly been a successful one.  With such “street-level” shows like Daredevil, Luke Cage, and Jessica Jones, it made sense.  While in the comics, those characters have been known to make various Avengers-type of appearances, they were mostly grounded to New York City.  However, when it was announced that Iron Fist was going to be the fourth Defender, that immediately raised some concerns.  First off, Iron Fist is more mystical than street-level, he has a glowing fist and fought a dragon in a city that is only available on our dimensional plan every 88 years (or 10 depending on what comic you are reading), doesn’t really mesh theme-wise with the other shows right?  However, we all bit our tongue and waiting to see how Marvel and Netflix would continue catching lighting in a bottle.  Secondly, the casting of Finn Jones made some fans vexed that (while staying true to the comic) the best fighter in the world was a white guy instead of an Asian one and considered it a missed opportunity.  Still, we held our tongue and awaited the final product.  Unfortunately, it was a colossal mess.  The plot didn’t make sense, Finn Jones’ acting was wooden, and the fight scenes were downright laughable.  It was the first time Marvel hit a roadblock in both movies and TV shows.  Despite being universally ridiculed by both fans and critics, Marvel and Netflix moved forward with a second season, promising that there would be improvements.

So, did they learn the right lessons?  Is season two of Iron Fist going to be better than the first one? 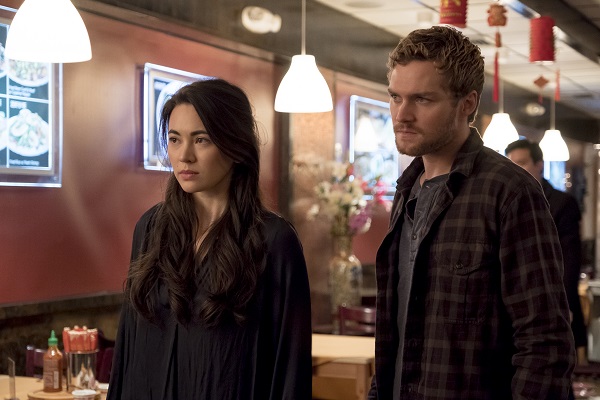 Thanks in part to his guest appearance on the second season of Luke Cage, we already saw a new and improved Danny Rand.  No longer the Episode IV whiney Luke Skywalker-esqe persona, Danny Rand had matured, was more confident, and seemed to have more of a purpose than just blurting out “I am the Immortal Iron Fist” every two seconds.  In fact, he served as the Obi-Wan wise master to Luke Cage when he was having problems that needed to be addressed character-wise.  This continues for the most part in Iron Fist season 2.  The first season, Finn Jones acted as if he had just gotten the script the day of shooting and didn’t really understand how his character was to function.  After hearing the criticisms, he and the production team took their time, and honed in on just what comic fans loved about the character, and did what they should have done the first season: make him a badass and much more likable, and it pays off big time.

Picking off after the events of the second season of Luke Cage, Danny is continuing to fulfill his promise to Matt Murdock and taking over as the guardian of Hells Kitchen, although most of his vigilante activities take place in Chinatown.  He and Colleen Wing (Jessica Henwick) are living together.  He is still a 51% owner in his family business and filthy rich, but his true passion is ridding the city of crime.  While Colleen is also a skilled fighter, she has hung up her sword (thanks to the events of the Defenders miniseries) and opts now to help the community by doing social services.  That doesn’t mean that she won’t play his “guy in the chair” from time to time, and even get involved when things heat up between different Triads in Chinatown. 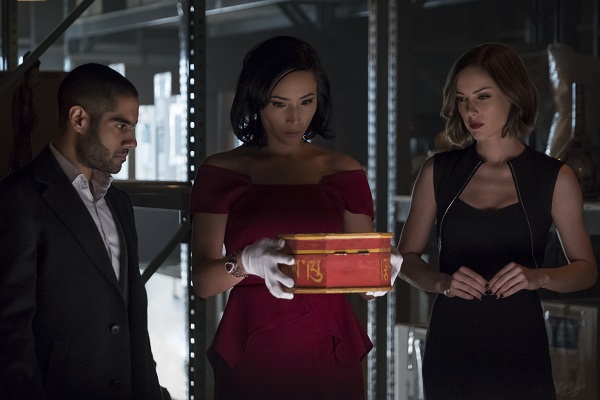 In addition to trying to clean up Chinatown, Danny has his own personal threat to deal with.  As evidenced by the end of the first season, Joy Meachum (Jessica Stroup) and Davos (Sacha Dhawan), two people Danny has known since childhood, have teamed up to take him down.  She has the finances, he has the insane fighting skills to do just that.  Each of them feels “betrayed” by Danny from the first season.  Joy, angered by Danny and her brother Ward (Tom Pelphrey) keeping the secret of her father Harold’s resurrection from her (and Danny killing him), has caused her to make a deal with the devil, well, two devils (or 3-4 depending on how you look at it… more on that in a bit) to enact her revenge on Danny.

This also leads to them partnering up with a new and equally dangerous character “Typhoid Mary” Walker (Alice Eve).  Comic fans will know Typhoid Mary as a character who mostly has dealt with Daredevil and the X-Men.  In the comics, she was a mutant who suffers from dissociative identity disorder (DID) and depending on what personality is manifested, she has different levels of telekinetic powers.  Since Fox isn’t 100% technically owned by Disney (at least in the MCU yet), there’s a retcon of the character for the show.  She still has multiple personalities, but no powers.  That doesn’t mean she’s not a danger to pretty much everyone.  One personality “Mary” is an innocent woman, who befriends Danny and really doesn’t have any problems at all.  However, “Walker” is another story.  Walker is a former black ops soldier who cut her teeth in Sokovia (good MCU reference) with a heavily redacted file, who is skilled in fighting and weapons and proves to be a problem for everyone she encounters throughout the season.  there’s a hind of a third personality as the season progresses that is even more dangerous as evidenced via flashbacks.  Comic fans will know that as the “Bloody Mary” persona, who we will probably meet in either a future Daredevil or Iron Fist season.

While Joy and Mary are worthy antagonists, it’s Davos that carries this season of Iron Fist.  Davos believes that Danny is the “worst Iron Fist ever” as he stated in season one, and wants what he feels is rightfully his: the ability to use the power of the Iron Fist.  Davos teams up with Joy to take the power of the Iron Fist away from Danny and become his comic book counterpart, the Steel Serpent.  Davos has an almost Killmonger type of way, as in his eyes (as with most good villains), he thinks he’s the hero, who will use the power of the Iron Fist the “right” way, since he thinks Danny has failed at it.  Through flashbacks, you get to see his backstory as he has pretty much trained his whole life to be the Iron Fist, the defender of K’un-Lun, only to have failed in a fight with Danny to the shame of his parents.  In his mind, an outsider defeated and humiliated him, and then that outsider rejected his post, and then K’un-Lun disappeared.  He’s out to right these perceived wrongs, and goes to extreme lengths to right them. 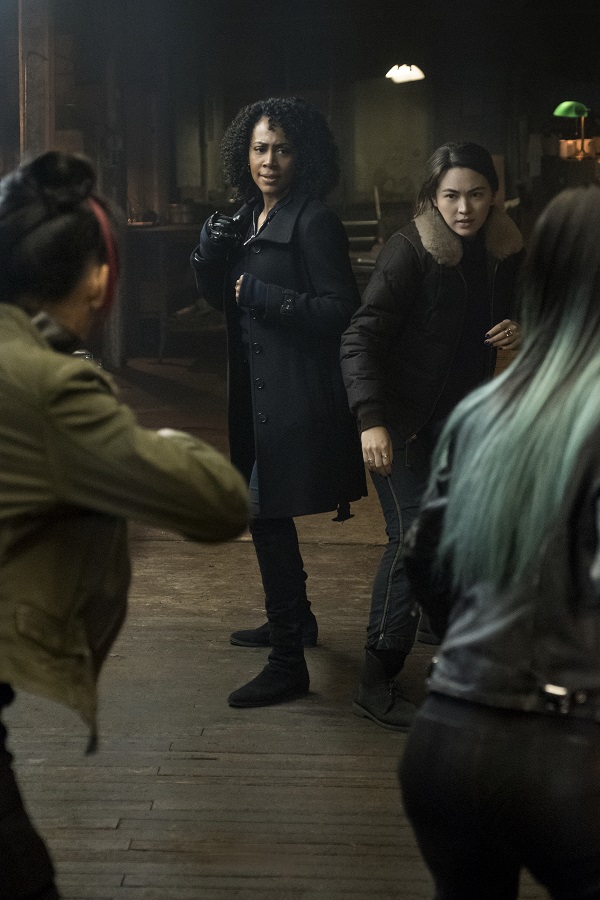 All the players return for a second season as well.  Ward Meachum is back on the side of the angels after being clouded in a gray area for the first season.  Finally realizing that he has a drug an alcohol problem, Ward has gone into counseling.  That, and trying to make amends with Danny and Joy is where he spends most of this arc this season.  Although he is still the snobby, Donald Trump Jr. type of character from the first season, he slowly realizes that money can’t buy you everything, and self-respect is priceless.  Joining the team is Misty Knight (Simone Missick), who as a seasoned officer investigates everything coded “616” (nice Marvel reference), meaning anything related to people with superpowers.  As Misty is always ready to tow the line, she ends up teaming with Colleen and Danny, and having a Rand-sponsored bionic arm doesn’t hurt to have in a dangerous situation.  In the comics, Danny and Misty ended up as a romantic pair.  While Danny and Colleen’s relationship goes through the ringer, Misty and Danny shippers will probably have to wait a little longer for their eventual hookup.  However, fans of the “Daughters of the Dragon” are in for a treat, as we get to see plenty of action with Misty and Colleen kicking plenty of ass.  Instead of one awesome bar fight like in season 2 of Luke Cage, we get to see them go toe to toe with many bad guys.

But are the fights good?  Um, yeah!  The first season was such a misfire on the fight choreography department and it was clear as day that there was no time and energy devoted to making believable realistic fights.  Now we weren’t asking for stuff from The Raid, but Into the Badlands proved that you can do high-quality fighting on the small screen on a weekly basis.  Learning the lessons from the first season, new showrunner Raven Metzner brought in Black Panther fight coordinator Clayton Barber to train the actors and make believable fight scenes.  To say it’s a vast improvement is a complete undersell.  While it doesn’t get to Into the Badlands level or fight choreography, it’s better than 90% of what is on TV nowadays.  The flashback fight between Danny and Davos is animalistic, raw, and brutal, and the kitchen fight between Danny, Colleen, and the Triads was expertly filmed, the same goes for when Misty and Collen face off against a trio of women who help Davos get his powers.  Suffice to say, there’s a lot of good fight scenes!

Despite the complete 180, that doesn’t mean that this season is perfect.  Some of Joy Meachum’s motivations have to be taken with a grain of salt.  She blames Danny Rand for killing her father last season, kickstarting her revenge plot, but her father was a zombified version of himself and a puppet for The Hand, not necessarily someone you really want to fight for.  Those critical of Danny Rand’s “white savior” role will still have plenty to complain about.  While it fits the way the comic was, it’s still a white billionaire usurping Asian culture and beating up countless faceless Asian bad guys.  Like most Marvel Netflix shows, that 10-episode requirement hurts the show.  The final episode tries to cram a lot in it to resolve plotlines as well as set things up for the eventual third season.  It does some things character-wise that although may be true in a sense to the comic, don’t really fit the narrative of the show very well and end up not making a lot of sense.  The final scene comes out of left field with no explanation as to how it came about, which will leave many confused.  Basically, the entire last episode needed a serious script rewrite before filming.

That said, Iron Fist season 2 is a substantial step in the right direction.  Danny is more likeable, the supporting characters also help him carry the show and level it up so that it is now no longer the “weak” Marvel Netflix show and can compete with all the other ones.  And you can’t stress how much better the fighting is!