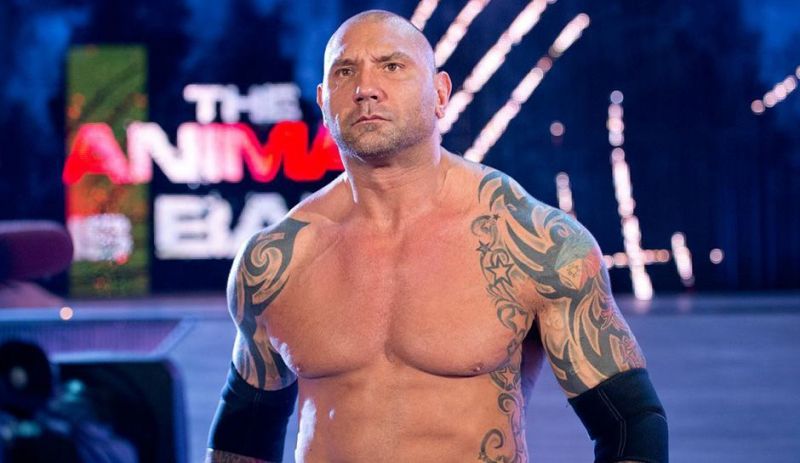 I continue to be fascinated by Dave Bautista’s sustained verbal assault against Disney for firing Guardians of the Galaxy director, James Gunn. Dude hasn’t been this relentless since he challenged Triple H for the WWE World Title, and I mentioned before how his attitude reminds me the way he was outspoken during his wrestling career. Clearly Bautista doesn’t care if Disney fires him and kills off Drax, because he just can’t stop talking.

Speaking with Jonathan Ross, Bautista, who has already threatened to quit the franchise once, admitted that he’s not even sure he wants to work for Disney anymore. Oof. This is getting ugly.
﻿”There’s a bit of an issue. It’s a bittersweet conversation. No – it’s a bitter, bitter conversation, because I’m not really happy with what they’ve done with James Gunn. They’re putting the movie off. It’s on hold indefinitely. To be honest with you, I don’t know if I want to work for Disney… I’ve been very vocal about the way I feel. I’m not afraid to admit the way I feel. “

I mean, it’s possible he’s just fucking with all of our heads here but I doubt it. What would be the benefit? Bautista has been clear and vocal in his support of Gunn and utter disgust at Disney’s caving in to pressure from questionable sources. Regardless of what you think about what Gunn or Disney has done, this situation only seems to be getting worse, and with Bautista teasing big changes to Avengers 4 he may have been hinting at a storyline exit for his character.