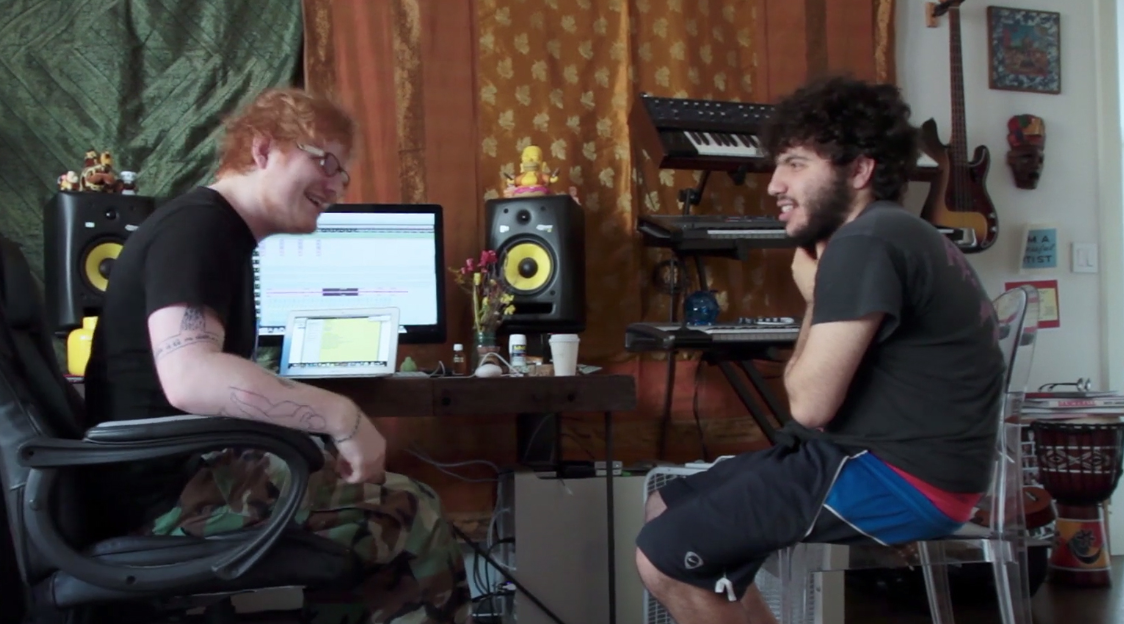 Songwriter is the
newest music documentary, available through Apple Music, focusing on one of
today’s hottest artists – Ed Sheeran. The film follows Sheeran through 2017 as he
works on his newest album ‘Divide’. Songwriter
gives us a behind the scenes glimpse at how Sheeran goes about creating
song after song – many of them set to become hit singles. Throughout the
documentary Sheeran works with other artists and these collaborations are a joy
to watch. Sheeran’s talent is undeniable, and it is truly amazing to see how he
can so easily and flawlessly come up with amazing songs. Something as simple as
a quick jam session on the tour bus can turn into a song listened to and loved
by millions. Writer and director Murray Cummings provides the audience the opportunity
to see how Sheeran interacts with his producers and how they help him shape his
music. Sheeran surrounds himself with family members, from his cousin filming multiples
pieces of the documentary and many of his performances to his brother who is a musical
composer as well. Sheeran’s family gives him a sense of peace that he values
and finds vital in the crazy music industry he is now a prominent member of.

Songwriter has
some interesting moments and gives great access to Sheeran’s world and his
creativity, but it is also lacking in many areas. There is no real depth to the
documentary and no true vision. The entire film just seems to be numerous short
scenes flung together without any real rhyme or reason. If you are a fan of Ed
Sheeran’s music, it is great to see the story and creation of some of his most
famous songs. However, the documentary does not seem to have a central purpose.
It is more like a long music video without very much substance other than that.
I was really hoping to come out of watching Songwriter learning more about Ed Sheeran – I didn’t need to know
his whole life story, but a little more than what we got would’ve been great.
Other than a few home videos and a little blurb about his music teacher, we
don’t get anything personal from Sheeran. Songwriter
is almost exclusively focused on that, writing songs. The biggest of Ed Sheeran’s
fans will love Songwriter and
think Sheeran can do no wrong, but most who watch it will be longing for more by the time the credits roll. If you find yourself in the mood
to listen to many of Sheeran’s best songs, go ahead and put on Songwriter – but if you are looking for
more substance, I’d avoid this documentary.
Rating: 2.5 out of 5