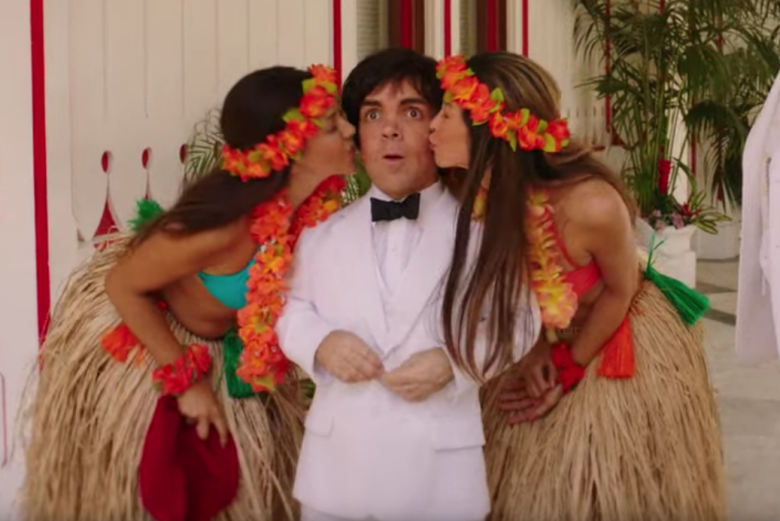 With news of a Fantasy Island movie headed to the big screen, now’s the perfect time for HBO to drop the teaser for the long-developing My Dinner with Hervé. Since there are only so many famous people with the name Hervé, it’s obvious this centers on Hervé Villechaize who, for better or worse, became a household name for his role as Tattoo on Fantasy Island. Unbeknownst to many, Hervé had a lot of personal demons that haunted him away from the show, and this film will attempt to shed a little bit of light on who he was when the cameras were off.

Peter Dinklage takes on the role of Hervé, with Jamie Dornan as a journalist he strikes up an unexpected friendship with. The footage doesn’t reveal much other than a look at Dinklage’s physical transformation to play “the most famous dwarf in the world”, including some clear facial prosthetics, while teasing Hervé’s fast lifestyle.

The film is directed by  Sacha Gervasi , best known for the documentary Anvil!: The Story of Anvil and his feature debut, Hitchcock.  Also starring Mireille Enos, Andy Garcia, Oona Chaplin, and David Strathairn, My Dinner with Hervé premieres on HBO on October 20th.