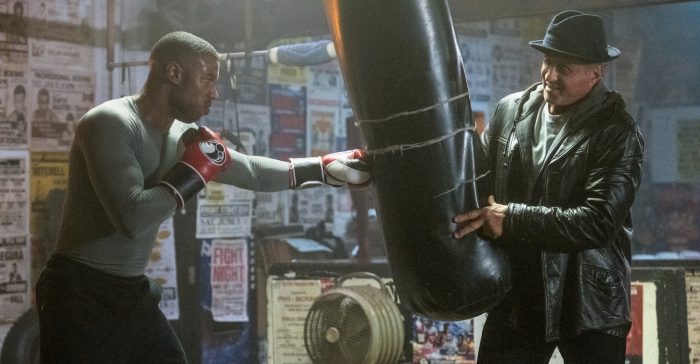 In the surprisingly great boxing drama and Rocky spinoff/sequel Creed, one of the most powerful moments came when Adonis Creed (Michael B. Jordan) was given the patriotic American flag trunks worn by his dead father, Apollo. Those trunks are seen again now in the first official images from Creed II, as Adonis faces his father’s legacy head on.

The images feature Adonis hitting the heavy bag with Rocky Balboa (Sylvester Stallone), in preparation for his fight against Viktor Drago (Florian Munteanu), the son of Ivan Drago (Dolph Lundgren), the man who killed Apollo Creed in Rocky IV. The second image shows Adonis making his way to the ring, apparently a WBC champion, and wearing his father’s star-spangled trunks. 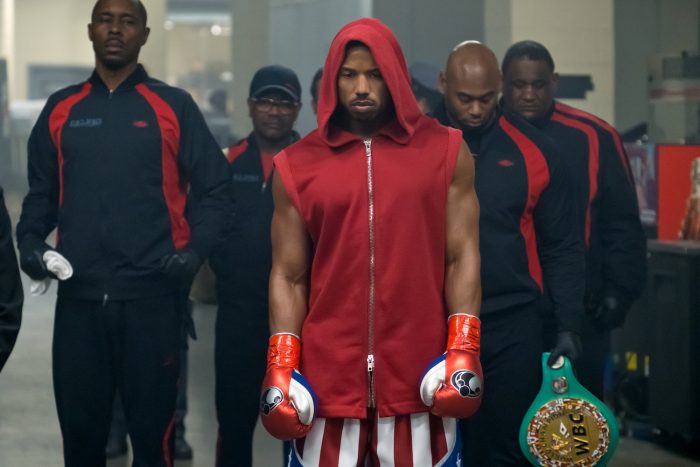 The film is directed by Steven Caple Jr. with Tessa Thompson and Phylicia Rashad reprising their roles from before. Creed II hits the ring on November 21st.