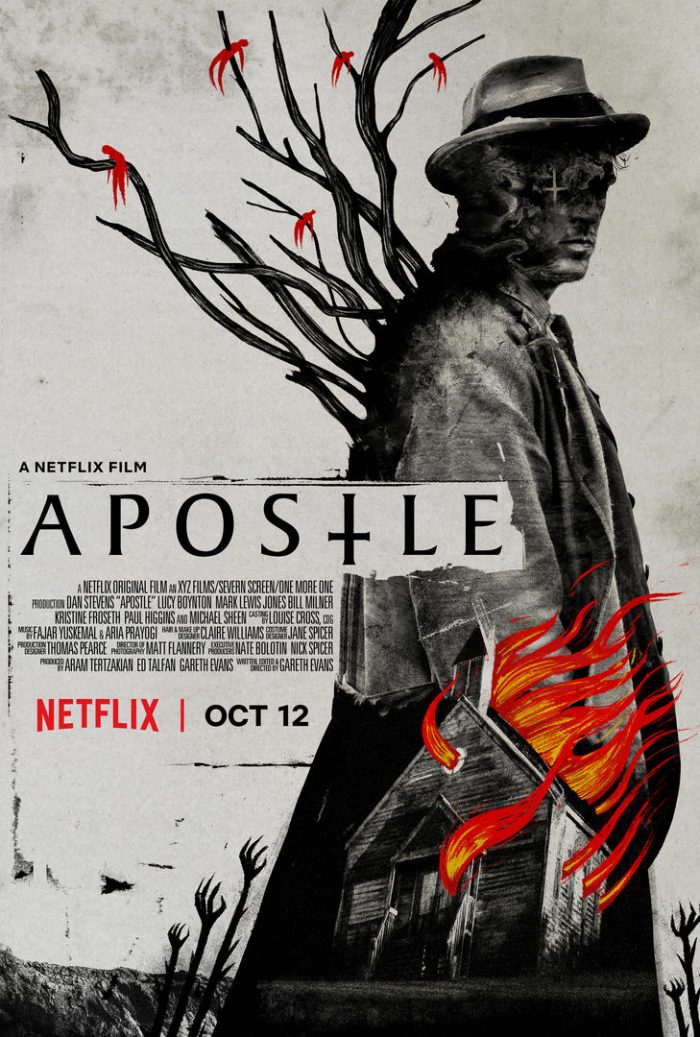 Yes, the wait for The Raid 3 is excrutiating but director Gareth Evans may have something just as good coming up first. His “occult fable” Apostle has sounded amazing right from jump street, and while it won’t have Iko Uwais beating down waves of foes, it will have Dan Stevens infiltrating a deadly cult.

The first poster has arrived along with a synopsis, and both tease a cryptic nightmare from Evans. Burning churches, upside down crosses, dead bodies skewered in a tree, outstretched hands clawing up from the dirt…it’s pretty creepy. Here’s the plot:
London, 1905. Prodigal son Thomas Richardson (Dan Stevens) has returned home, only to learn that his sister is being held for ransom by a religious cult. Determined to get her back at any cost, Thomas travels to the idyllic island where the cult lives under the leadership of the charismatic Prophet Malcolm (Michael Sheen). As Thomas infiltrates the island’s community, he learns that the corruption of mainland society that they claim to reject has infested the cult’s ranks nonetheless – and uncovers a secret far more evil than he could have imagined. Written and directed by Gareth Evans (THE RAID), APOSTLE is a harrowing occult fable where the only thing more horrifying than madness is the sinister reality behind it.