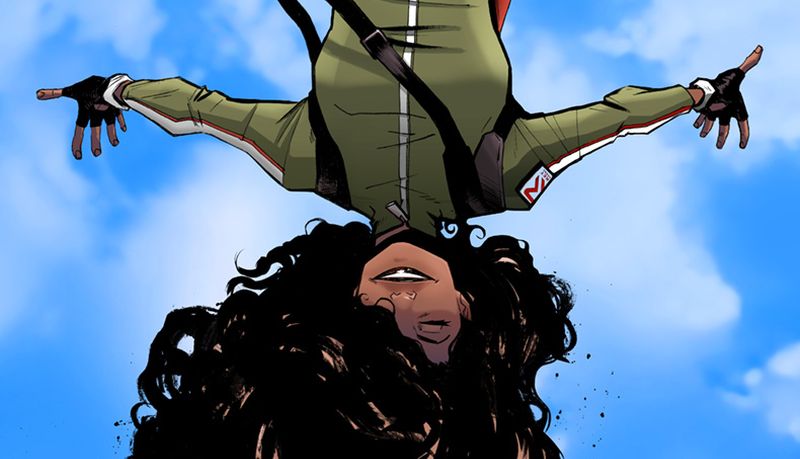 I don’t know if Sony will ever reach the heights of Marvel Studios, but they’re going to give it a go. Not only do they have their growing Spider-Man cinematic universe, they’ve begun to establish a franchise around the Valiant Comics characters including Bloodshot, Harbinger and the newly-acquired Faith. And now they’re adding another comic title, an adaptation of Image Comics series Skyward brought to the big screen by Rampage director Brad Peyton and Lucifer showrunner Joe Henderson.

Variety confirms Sony has acquired the film rights to Skyward, which Henderson co-created with Lee Garbett and launched in April. Henderson will adapt the script himself and exec-produce, with Peyton directing. The concept behind the comic is pretty cool, taking place in a world where gravity has become a fraction of what it is now, due to an event called G-Day. Years later, the world has adapted to the change in gravity and many have come to love it. One of those is Willa Fowler, a young woman born the day after G-Day, but has uncovered a dangerous conspiracy to restore gravity to what it was.

I don’t know much about Skyward, but I do know Brad Peyton is a filmmaker given to making big, crowd-pleasing action movies. His most successful ones, Journey 2: The Mysterious Island, San Andreas, and Rampage, have all starred Dwayne Johnson. Makes me wonder if there’s a role that could fit the superstar actor.