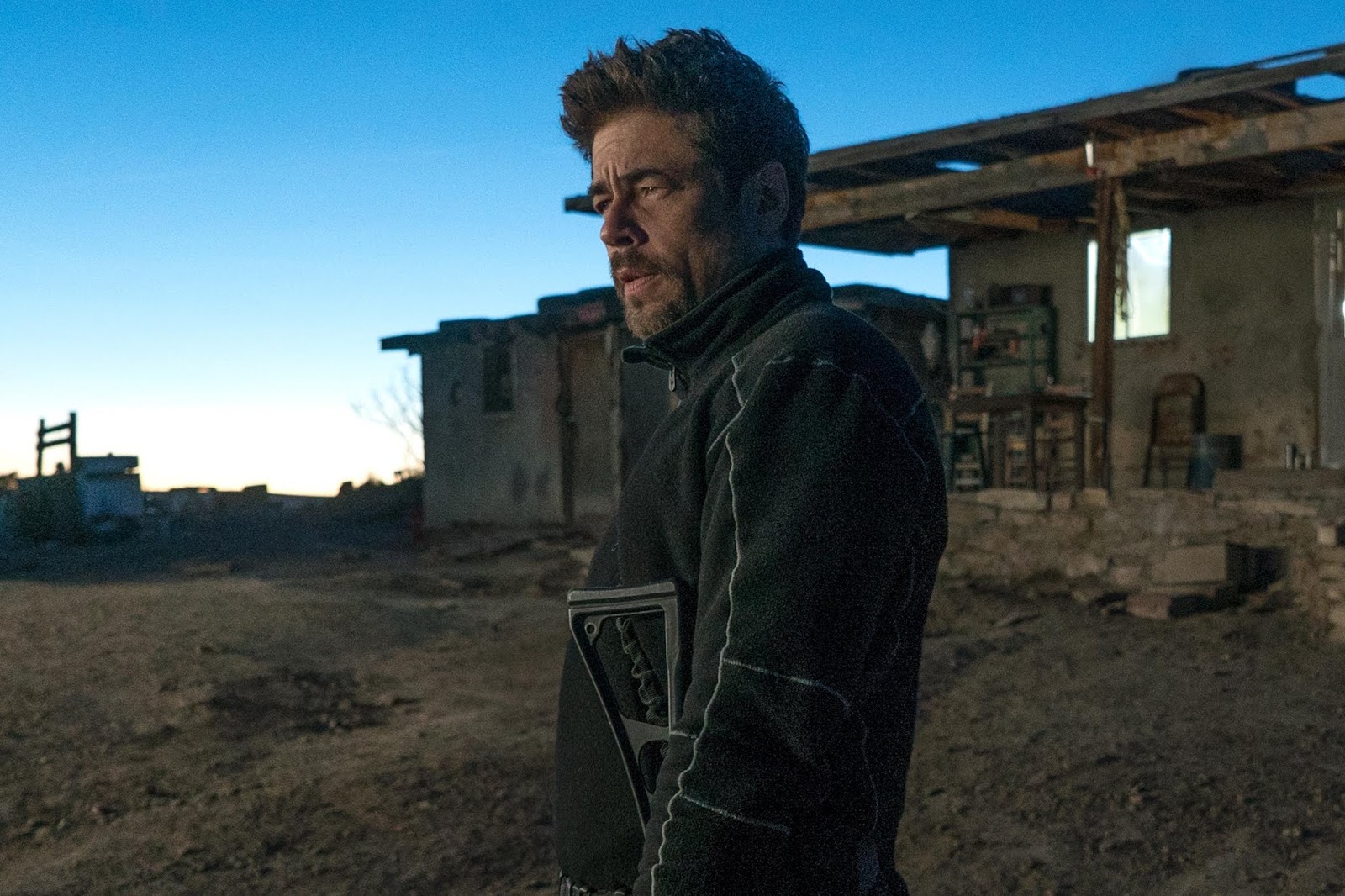 1. Jurassic World: Fallen Kingdom– $60M/$264.7M
Jurassic World: Fallen Kingdom had a 60% bite taken out of it but still managed $60M for a $264M domestic tally. Overseas is where it continues to do the biggest amount of damage and it currently has $932M worldwide. The dino-sequel is unlikely to match the $1.6B of its predecessor but it doesn’t really need to. A third film has already been confirmed and even if it slides a bit Universal is all but guaranteed another monster-sized smash.
2. Incredibles 2– $45.5M/$439.7M
3. Sicario: Day of the Soldado (review)- $19M
The unexpected and less meaty sequel Sicario: Day of the Soldado opened with a muscular $19M in its first weekend. That’s a helluva start for a film that most probably didn’t think need to happen, as 2015’s Sicario wrapped up pretty well the story of its off-the-books drug enforcement agents and their war against Mexican cartels. The sequel brings back Josh Brolin and Benicio Del Toro, arguably the most interesting characters, and goes in a slightly different direction that has split critics down the middle. Even I’m torn on it. Regardless of the reviews, this is a robust start for a movie that only cost $35M, and should justify a third and presumably final chapter.
4. Uncle Drew (review)- $15.5M
I’ve been surprised by the number of critics who have told me that Uncle Drew, which is the Kyrie Irving basketball comedy based on a Pepsi commercial, actually isn’t terrible. And this $15.5M start is damn good, because sports comedies generally don’t do that well anymore. It’s why nobody makes them. But when they hit, they tend to launch franchises and I expect we will see Uncle Drew 2 somewhere down the line with more NBA legends and celebrity cameos.
5. Ocean’s 8– $8M/$114.7M
6. Tag– $5.6M/$40.8M
7. Deadpool 2– $3.4M/$310.3M
8. Sanju– $2.5M
Making a surprise appearance in the top 10 this week with $2.5M is Sanju, the biopic on famous Bollywood actor Sanja Dutt, who faced charges of terrorism related to a series of bombings in 1993.
9. Solo: A Star Wars Story– $2.293M/$207.2M
10. Won’t You Be My Neighbor?– $2.290/$7.4M