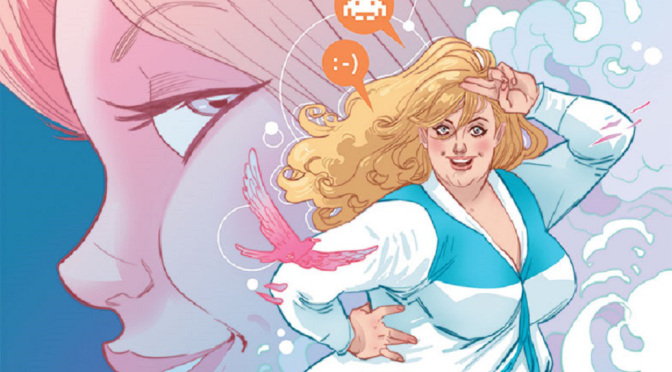 A big part of a person’s self-confidence is being positive about one’s own body, but it’s hard to be that way when everybody famous looks like a supermodel. For comic book fans it can be difficult because the superheroes and superheroines all appear to have been chiseled out of granite. While Marvel and DC haven’t changed the way their heroes look to reflect reality, some smaller publishers have taken that step, and Sony wants to bring one of those comics to the big screen. Deadline reports Sony plans to adapt Faith, the Valiant Comic that’s all about inclusivity and body positivity.

Faith centers on Faith Hebert aka Zephyr, a plus-sized woman who loves sci-fi and gains the power of telekinesis and flight. She was created in 1992 by Jim Shooter and appeared in the Harbinger comic before spinning off into her own series due to her popularity. Sony has hired American Gods writer Maria Melnik to pen the screenplay.

Whether it moves forward will depend on the success of Bloodshot, another Valiant Comics movie that has Vin Diesel attached. A Harbinger Wars movie would follow, and presumably all of these films will exist in the same universe and crossover at some point.

So who are we thinking about for this? Amy Schumer and Rebel Wilson seem like obvious choices to me. Who else?