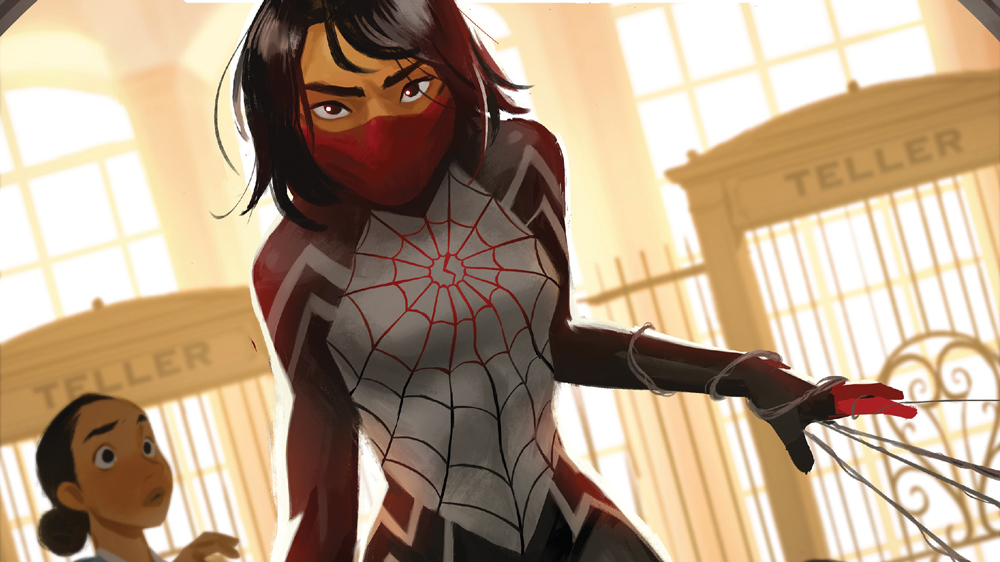 At this rate Sony is going to have a cinematic universe as large and diverse as Marvel or Warner Bros., as their Spidey-verse continues to grow in exciting ways. It’s a smart move to make, filling up their roster for as long as they’ve loaned out Spider-Man to Marvel Studios. Then when/if they get him back he’s got something fully-formed to return home to. Pretty cool. And the latest rumored project is one of hte newest and most intersting characters from the Spider-Man comics, the Korean-American hero known as Silk.

Cindy Moon aka Silk was introduced in 2014, and was a high school classmate of Peter Parker’s. In fact, she was bitten by the same radioactive spider as him and developed similar powers, except she has organic webbing. She is then trained by the enigmatic Ezekiel in the use of her powers, but then kept hidden away in a secret bunker for years before she is eventually freed by Spider-Man.

Silk joins Venom, Silver & Black, Morbius, and Nightwatch as the projects Sony has in the works. This would put Sony on pretty special ground, building an entire movie and potential franchise around a Korean-American woman.  Hopefully we’ll start learning more about this soon, and maybe we’ll see it become a greater priority with Silver & Black delayed. [TheWrap ]