Halloween has come early for horror fans. With the first trailer just a few days away, USA Today has revealed the debut images from Halloween, featuring the return of Michael Myers and the original final girl herself, Jamie Lee Curtis as Laurie Strode.

Directed by David Gordon Green from a script he co-wrote with Danny McBride, this is another franchise film that basically ignores everything that came before it. The story takes place 40 years after the original movie when Laurie first narrowly escaped from Myers’ killing spree. When Myers escapes from the asylum he’s been held at, Laurie decides it’s time to face the killer who has been tormenting her nightmares one final time. She’s been training for this eventuality all of her life and is ready to take him on.

Judy Greer plays Laurie’s daughter Katie, with Andi Matichak as the granddaughter. Nick Castle and stunt actor James Jude Courtney don the aged-up mask of Myers aka The Shape, or at least that’s what he was known as in the first two Halloween movies.

Here’s a little more detail on what to expect from the long-awaited sequel:  A British documentary crew comes to the States to visit Michael in prison for a retrospective of the maniac’s night of terror — but their project becomes way more interesting when Myers escapes custody, retrieves his signature mask and seeks revenge on Laurie, with others naturally being part of his impressive career body count along the way.

I’m no big fan of Halloween but these are some killer images that have me excited to see what Green does with it. That shot of Myers, with the well worn mask and everything, coming out of the closet is going to haunt my nightmares. 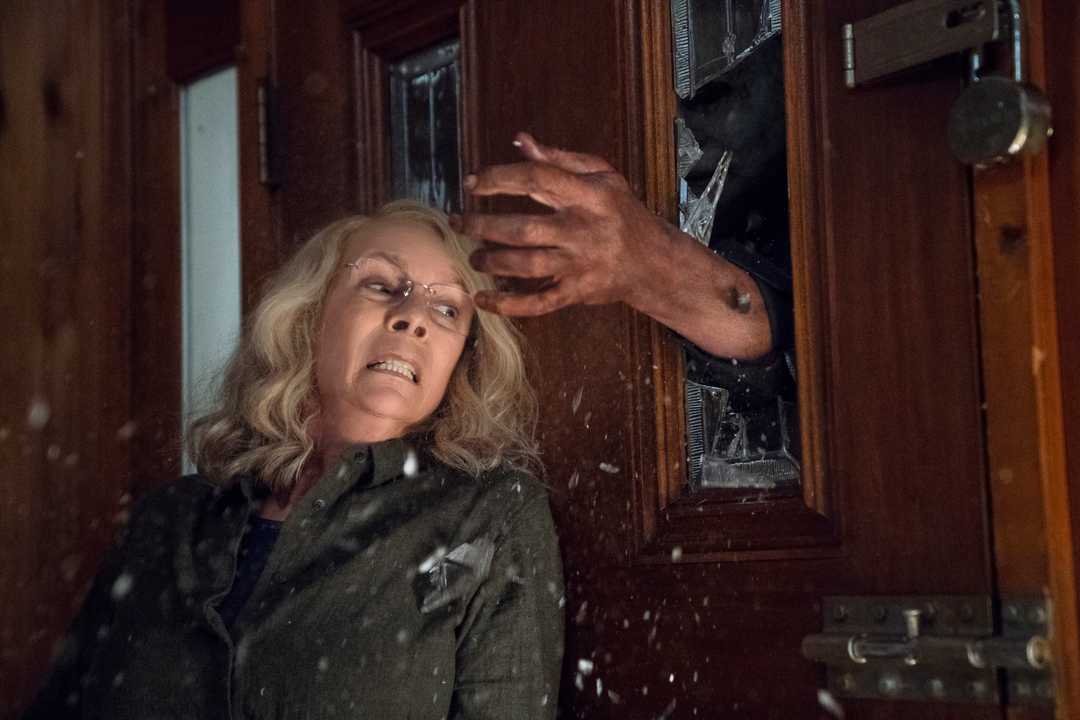 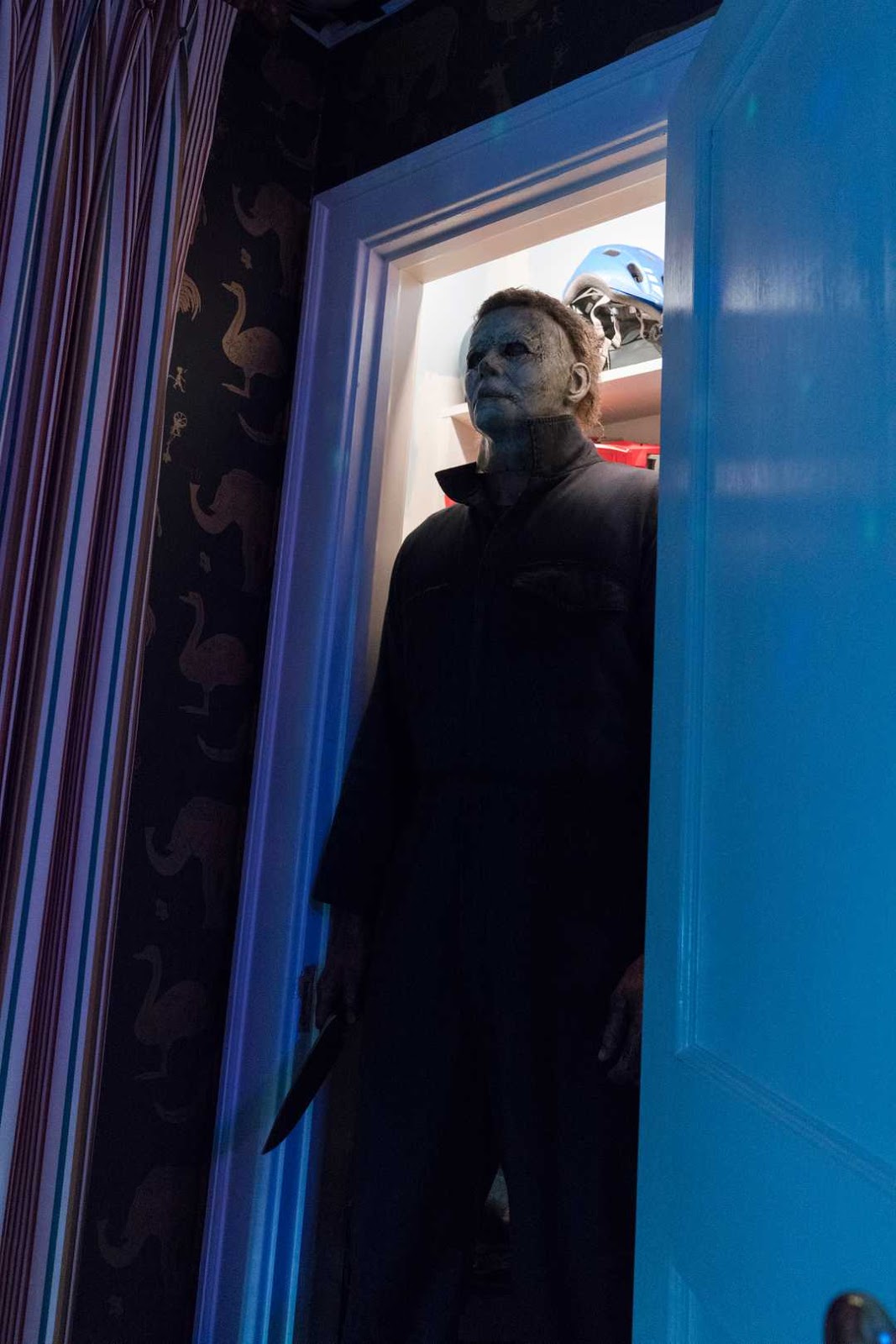