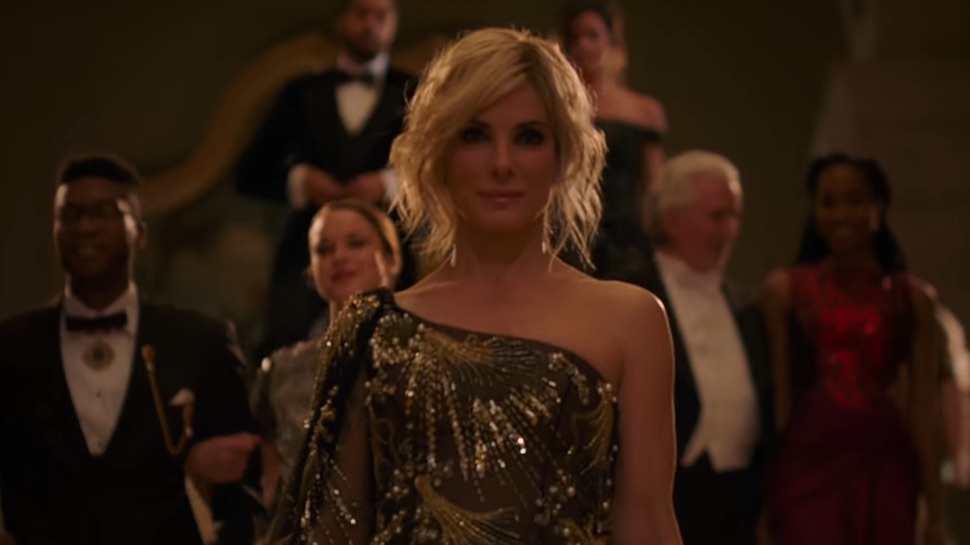 The timing on this new trailer for Ocean’s 8 couldn’t be more perfect. We’ve just come off a month with two muscular Marvel movies and a Star Wars spinoff featuring the most dashing rogue in the galaxy. That’s a lot of dude energy audiences have been hit with, so how about a dose of girl power to even things out?

Sandra Bullock, Cate Blanchett, Anne Hathaway, Rihanna, Awkwafina, Mindy Kaling, Sarah Paulson, and Helena Bonham Carter steal the heist franchise away from the guys, but the formula remains the same. An all-star cast play a ragtag group of thieves to steal something incredibly valuable, in this case a $150M necklace from the Met Gala.

Honestly, they don’t need to put out anymore trailers for this. The cast sells itself, and I think after so many gigantic blockbusters it’ll be nice to settle down with something breezy.