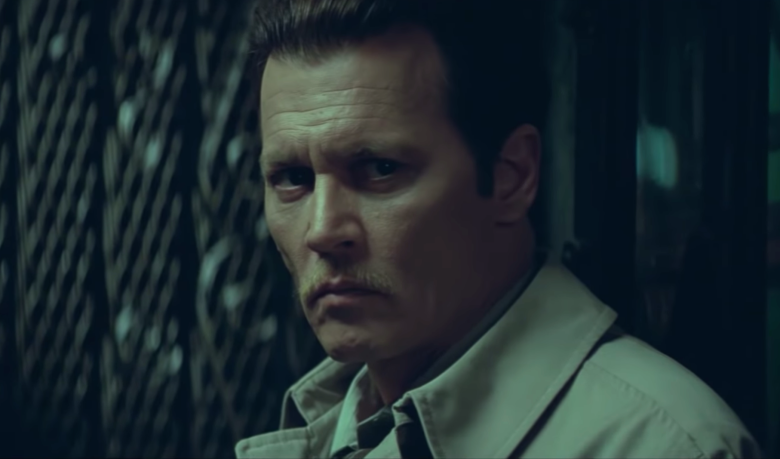 Here’s one thing I know; when I think of the one man who can finally solve the murders of Tupac and Biggie the first name that comes to mind is Johnny Depp. It almost sounds like a piece from The Onion, but Depp really is starring in a movie that delves into the hip-hop legends’ deaths, titled City of Lies, and the trailer for it has arrived. Try to take it seriously because it might be pretty good despite how it looks.

First of all, the film is directed by Brad Furman who was behind The Lincoln Lawyer aka the film that kicked off the McConnaissance. Um, he also directed Runner Runner so don’t get too excited he can jumpstart Depp’s flagging career. Depp plays real-life former LAPD detective Russell Poole who teamed up with a journalist to investigate the long-unsolved murders of Biggie Smalls and Tupac Shakur. The case has been open for more than two decades and while there are many suspects nobody has been charged or convicted.

Somehow the trailer looks of a lesser quality than the USA Network series Unsolved which is exploring the same territory and even features Poole as a character played by Jimmi Simpson. In some respects the grittiness works, especially when backed by the sounds of the Norious B.I.G., but it’s less effective when the dour Grindelwald-looking Depp is on screen alongside Forest Whitaker.  Here’s the official synopsis:

Based on the true story of one of the most notorious and unsolved cases in recent time, CITY OF LIES is a provocative thriller revealing a never-before-seen look at the infamous murder of The Notorious B.I.G. shortly following the death of Tupac. L.A.P.D. detective Russell Poole (Johnny Depp) has spent years trying to solve his biggest case, but after two decades, the investigation remains open. “Jack” Jackson (Forest Whitaker), a reporter desperate to save his reputation and career, is determined to find out why. In search of the truth, the two team up and unravel a growing web of institutional corruption and lies. Relentless in their hunt, these two determined men threaten to uncover the conspiracy and crack the foundation of the L.A.P.D. and an entire city.