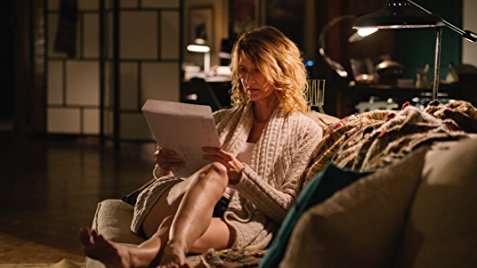 There weren’t many films that emerged from Sundance that screamed immediately as Oscar worthy, but if there was one it was The Tale. Instead it may have to settle for an Emmy, as HBO scooped up the disturbing drama that stars Laura Dern as a past victim of sexual abuse.

Directed by Jennifer Fox, the autobiographical story centers on a woman who begins to realize the intimate relationship she shared with her school track coach (played by a creepy Jason Ritter) was something else entirely.  What I remember hearing about it most was the unflinching depiction of the actual sex act, forcing the audience to be right there in that moment no matter how uncomfortable it may be.  Here’s the synopsis:

Jennifer has it all, with a loving boyfriend and a great career as a journalist and professor. But when her mother discovers a story – “The Tale” – that Jennifer wrote when she was 13, detailing a special relationship Jennifer had with two adult coaches, Jennifer returns to the Carolina horse farm where the events transpired to try to reconcile her version of events with the truth.