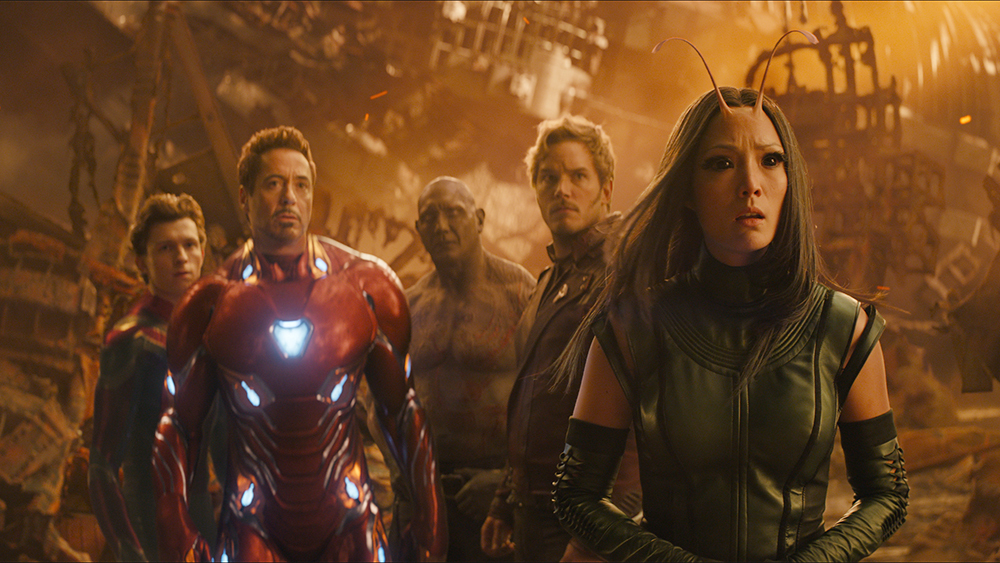 Of the many mysteries surrounding Avengers: Infinity War, the most befuddling may be how long the damn thing is. At one point we heard it would be 150 minutes, an incredibly long film and the longest in the MCU ever. The film wasn’t locked at that point, though, nor was it when another report from Fandango increased the time to 156 minutes. And now another run time has surfaced and it may not be final, either.

The latest, from Britain’s BBFC  and the Irish Film Classification Office list Infinity War as running 149 minutes. However, the folks at ScreenRant checked with Disney who say the 156 minutes is legit. So what’s the deal? My guess is that there are different cuts for different regions and that is causing a mix up.
No matter what you’re going to want to pack a lunch, hit the restroom early, do whatever you need to do before Infinity War starts because you’ll be in that chair for every single minute of it.
Also, and this could be considered a minor SPOILER so beware. But a look at the BBFC’s cast listing notes the inclusion of someone who Marvel has previously failed to confirm. Who might that be?  Paul Rudd, meaning Ant-Man will be making an appearance in the film somewhere, although Evangeline Lilly isn’t listed so maybe he’ll be flying solo.