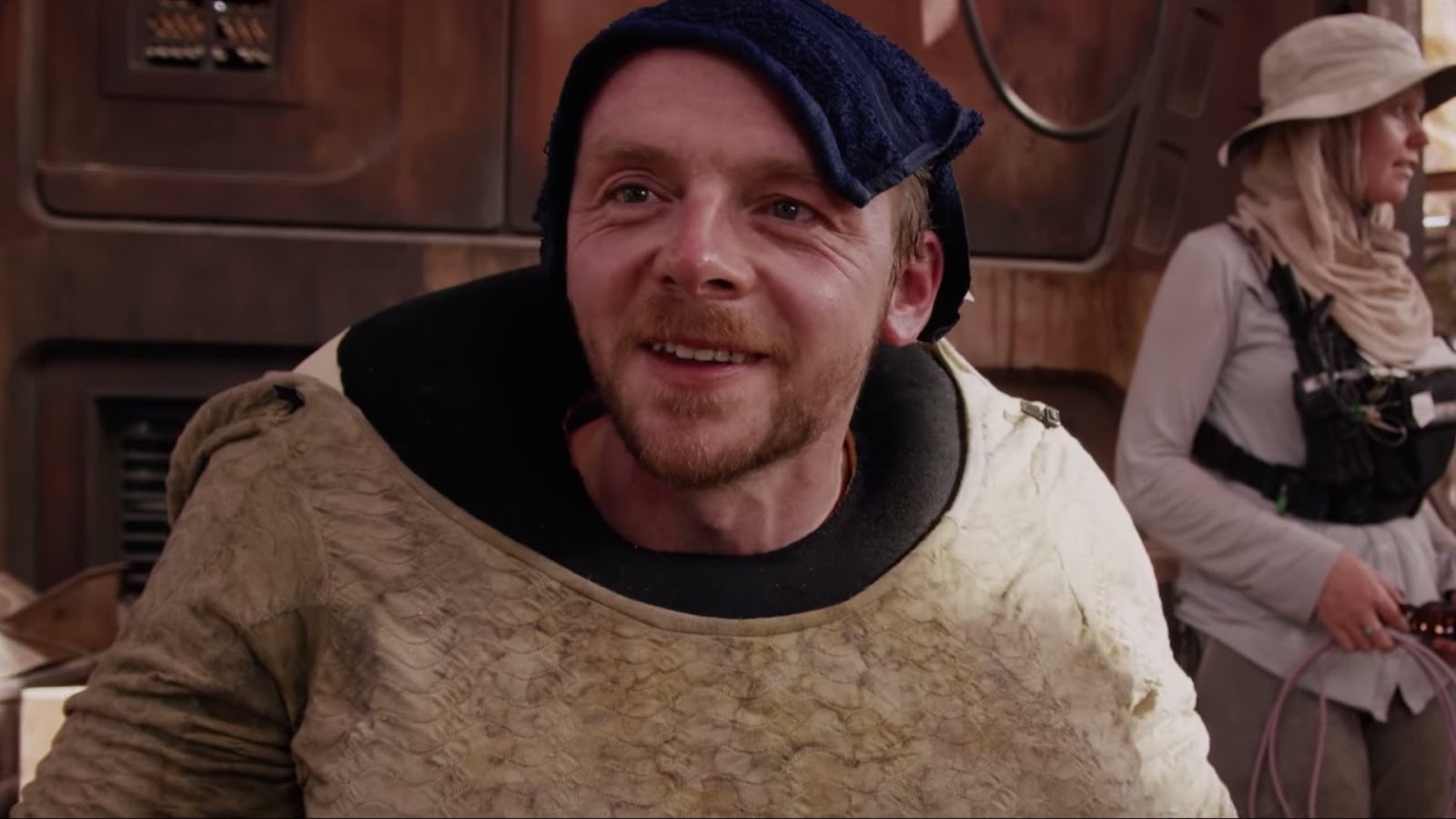 A primary complaint about the current Star Wars trilogy, the first from Lucasfilm under the Disney banner, is that it feels like they are flying by the seat of their pants. Unlike when George Lucas was in control, there’s no master plan, a point A to point B narrative already mapped out. We saw some of that when the reins passed from J.J. Abrams to Rian Johnson with The Last Jedi. From what we’ve been able to tell, Johnson was given a wide creative freedom and basically tossed out most of Abrams’ ideas for the story and rewrote the script entirely. So when fans complain that Johnson’s ideas seem to discard much of the Star Wars mythos fans love, and that Abrams so lovingly nurtured with The Force Awakens, that’s where they’re coming from.

But is that really the case? Did Johnson actually do away with some big plan that Abrams had come up with? Well…yeah, he did. At least that’s what Simon Pegg says on the recent Happy Sad Confused podcast. Pegg reveals that Abrams had very clear thoughts on Rey’s parentage, something fans have been obsessing about for a couple of years but Johnson pretty much dismissed…

“I know what J.J. intended or at least [the idea of] what was being chucked around. “I think that’s been undone slightly by the [‘The Last Jedi’].”  He continued, “Well, there was some talk about a kind of relevant lineage for her. But I honestly don’t know, and I don’t know if anyone knows, we’ll see.”


Oof, that’s going to piss some people off. Johnson’s decision to make Rey’s parents irrelevant is probably the one thing he did that angered fans the most, even more than killing Snoke. I think he did the right thing by having her be unconnected to some famous Star Wars lineage because it makes her a truly unique character. One of the things I hated most about Lucas’ prequels is they took this simple farm boy, Luke Skywalker, and built this expansive backstory to prove how special he was, when the thing that made his story great is that he WASN’T special. He was ordinary.  That said, I do like the idea

Anyway, I fear Abrams will come in and undo most of what Johnson did, and now it sounds like he has more incentive to do so.