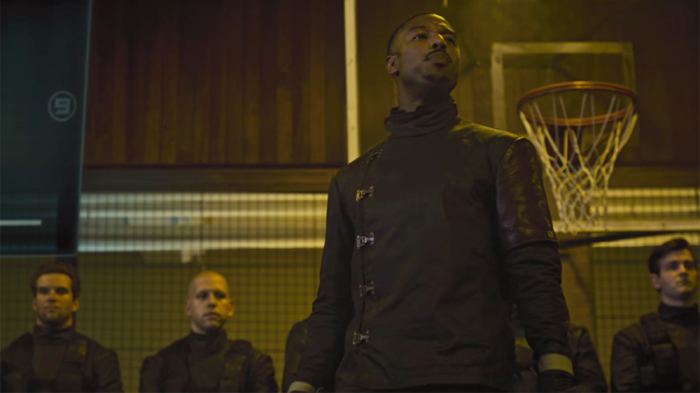 HBO’s Fahrenheit 451 combines the talents of 99 Homes and At Any Price director Ramin Bahrani with stars Michael Shannon and Michael B. Jordan. That’s a powerhouse trio if there ever was one, and their adaptation of Ray Bradbury’s dystopian classic looks like an Emmy winner waiting to happen.

Not surprising that Shannon, coming off his scary turn in The Shape of Water, strikes an imposing figure as Beatty, leader of a squad of “firemen” charged with burning all books in a totalitarian society where knowledge is outlawed. Jordan, coming off the success of Black Panther, plays fireman Guy Montag who begins to question his orders, putting him at odds with Beatty.

Bahrani seems to have stolen a page or two from the Blade Runner playbook in the production design, and honestly there’s nothing wrong with that. He’s stuck to domestic dramas for his entire career and this is his first crack at something larger in a different genre, although the themes will be recognizable to fans of his earlier movies.