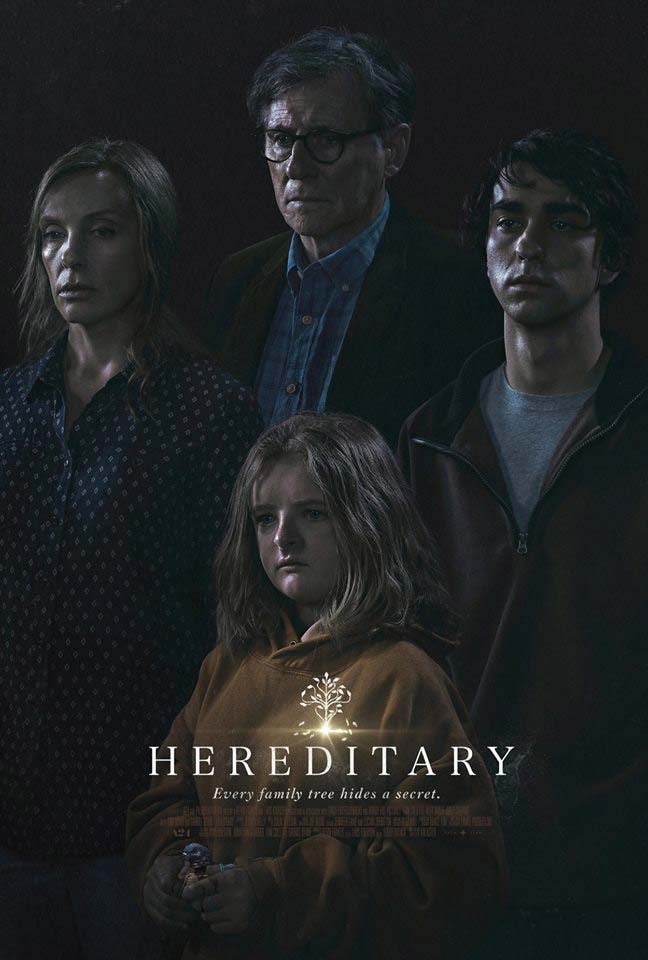 Is Hereditary the next great indie horror? A24 certainly think so, and quickly snapped up the rights after it made a splash at Sundance earlier this year. The art house distributor has shown a skilled hand at finding just the right movie at the right price and releasing them at the right time, just as they did a few years ago when The Witch became a sensation. If you’re looking for big scares to go along with your blockbusters this summer, the new trailer for Hereditary needs to be seen.

The chilling clip focuses heavily on the child at the center of the film, the creepy Charlie played by newcomer Milly Shapiro. He’s drawn some kind of  connection to an evil spirit terrorizing the family in the wake of the matriarch’s death. Toni Collette, Alex Wolff, Gabriel Byrne, and Ann Dowd also star in the film about family secrets that come with a terrible price. Here’s the synopsis:

When Ellen, the matriarch of the Graham family, passes away, her daughter’s family begins to unravel cryptic and increasingly terrifying secrets about their ancestry. The more they discover, the more they find themselves trying to outrun the sinister fate they seem to have inherited. Making his feature debut, writer-director Ari Aster unleashes a nightmare vision of a domestic breakdown that exhibits the craft and precision of a nascent auteur, transforming a familial tragedy into something ominous and deeply disquieting, and pushing the horror movie into chilling new terrain with its shattering portrait of heritage gone to hell.