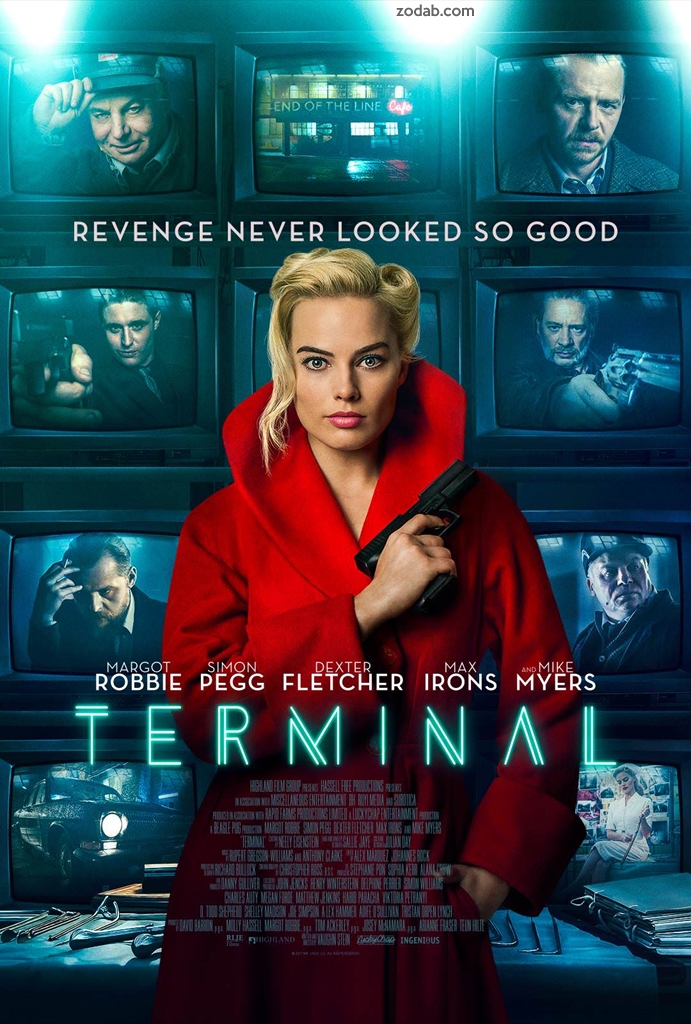 Whether it’s in The Wolf of Wall Street, Suicide Squad, Focus, or I Tonya, Margot Robbie is always the woman that should absolutely not be trifled with. And certainly that appears to be the case in the upcoming film noir, Terminal, which finds Robbie as the sexy femme fatale to two unsuspecting assassins.

After a hypnotic teaser just days ago we now have much fuller trailer, still putting its focus on Robbie as the enigmatic Annie. She’s just one of the many colorful characters encountered by a pair of hitmen (Dexter Fletcher and Max Irons) as they attempt to complete a mysterious mission.  And this footage is just as hyper-stylized as its predecessor, with Robbie appearing to put on a performance just as crazed as her Harley Quinn.  We also see quite a bit of Simon Pegg and a brief glimpse at Mike Myers in a rare acting role.

Here’s the synopsis: In the dark heart of a sprawling, anonymous city, Terminal follows the twisting tales of two assassins carrying out a sinister mission, a teacher battling a fatal illness, an enigmatic janitor and a curious waitress leading a dangerous double life. Murderous consequences unravel in the dead of night as their lives all intertwine at the hands of a mysterious criminal mastermind hell-bent on revenge.